A Wonder Woman Timeline In Honor of the Movie! 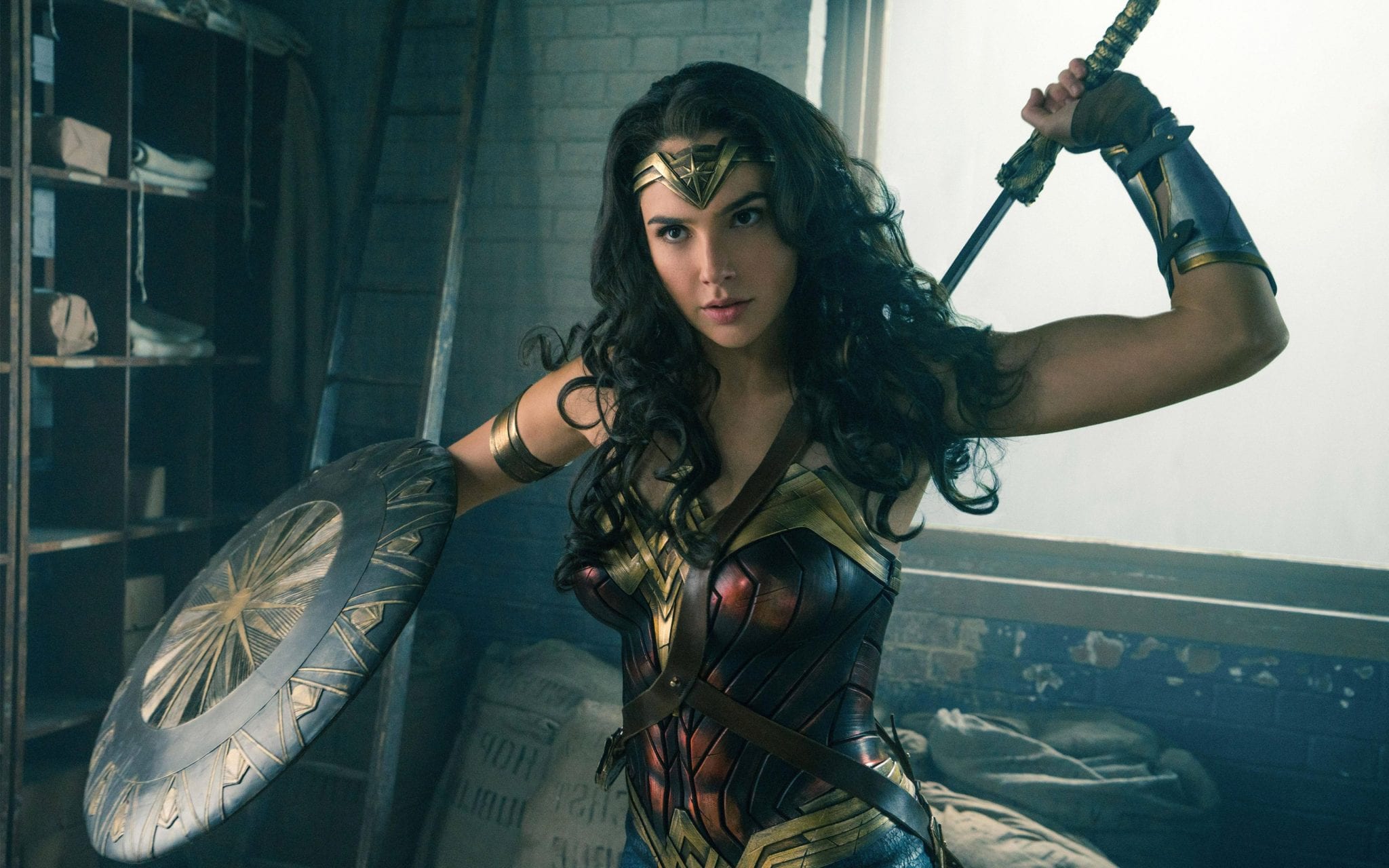 Wonder Woman is out and dominating the box office! At last, Princess Diana of the Paradise Island called Themyscira has made her solo feature film debut, as directed by Patty Jenkins and starring Gal Gadot. In honor of that and that this is her 75th year anniversary, here is a timeline of the early years of her creation, as well as some later milestones.

1905 – Two years after its initial short-lived opening, the play The Scarlet Pimpernel (with a new ending by its author Baroness Emma Orczy) opens in London’s West End. The play’s success is quickly followed by a novel by Baroness Orczy that expands the story. The Scarlet Pimpernel serves as a prototype to the superhero genre, leading to many sequel novels and inspiring the characters Dr. Syn AKA the Scarecrow (1915) and Diego de la Vega AKA Zorro (1919), who in turn inspire various pulp magazine, radio and comic strip heroes such as the Shadow, the Spider, the Lone Ranger, the Green Hornet and the Phantom.

1918 – W.M. and Elizabeth are both admitted to the bar in Boston. W.M. Goes on to Harvard’s doctoral program. Because the Harvard doctoral program is restricted to men, Elizabeth Holloway Marston attends classes at Radcliffe University.

1921 – W.M. Marston receives his Ph.D from Harvard. Elizabeth Holloway receives her M.A. in psychology from Radcliffe.

W.M. Marston goes on to teach classes at different universities over the next several years, first in Washington D.C., then in New York, before returning to Massachusetts.

1925-26 – Dr. Marston teaches at Tufts University and recruits student Olive Byrne as his assistant. They conduct a study on the rituals and behaviors of sorority members at Jackson College.

1928 – Dr. Marston publishes his psychological theories in his first book, Emotions of Normal People. He and Elizabeth have their first of two children, but Elizabeth continues to work outside of the house.

1933 – Elizabeth Hollow Marston becomes chief executive at Metropolitan Life Insurance, a position she will hold until she is 65 years old.

The comic book Sheena, Queen of the Jungle debuts in the U.K. This is the first comic book series to feature a woman as the title character. It begins appearing in the U.S. a year later.

National Allied Publications, of which Jack Leibowitz is co-owner, merges with Detective Comics, Inc. The new company is called National Comics, but many just refer to it as DC Comics, and that name is officially adopted in 1977.

1940 – The character Fantomah debuts in Jungle Comics #2. A woman who uses supernatural abilities and a demonic appearance to protect her jungle, many consider her the first female superhero.

In Thrilling Comics #2, we meet the Woman in Red, the first costumed female superhero.

1941 – William Moulton Marston submits his first draft for a woman superhero, called “Suprema, the Wonder Woman.” He later changes the name of the character to Diana.

Wonder Woman debuts in All-Star Comics #8, with art by Harry Peter, who will draw the character regularly for over a decade. WMM initially publishes these stories under the pen name “Charles Moulton” (combining his middle name with the middle name of Maxwell Gaines).

Weeks after All-Star Comics #8 comes out, Wonder Woman becomes the lead star of the anthology comic series Sensation Comics starting with issue #1 (which is cover dated “January 1942” but released earlier).

The National Organization for Decent Literature puts Sensation Comics on its blacklist of “Publications Disapproved for Youth.” The only reason given: “Wonder Woman is not sufficiently dressed.”

In the summer of 1942, Wonder Woman gets her own self-titled ongoing series. She is now the first female superhero to star in two concurrent titles, Sensation Comics and Wonder Woman.

1944 – Wonder Woman gets a newspaper strip series, but it lasts less than a year.

1947 – At the age of 53, William Moulton Marston dies due to skin cancer. Olive Byrne and Elizabeth Holloway Marston continue living together until Olive’s death in the late 1980s.

Robert Kanigher takes over writing duties for Wonder Woman. Over the next few years, Diana starts moving less from a character openly challenging the attitudes and power of men and one who is more concerned about marriage and romance.

1950 – Diana Prince leaves the military and becomes the editor of a romance advice column.

1953 – Wonder Woman #59 establishes that the DC Universe is part of a larger multiverse. This idea becomes a major factor in certain Superman stories and major DC crossovers over the years. Oddly, many will cite that a later Flash comic is the first to establish a multiverse existing in DC Comics, but this is inaccurate.

1956 – DC Comics reboots the Flash, giving him a different secret identity, costume and origin. This marks the first DC Comics reboot and the beginning of the Silver Age of Comics as superheroes rise into popularity again.

1958 – Wonder Woman dives into the Silver Age with a new origin that modernizes her. She now leaves Paradise Island with Steve Trevor in the modern day rather than during World War II. Though she is still made of clay, it’s said that she ages much more slowly and has been alive for centuries or even longer by the time Steve arrives. She also now has true super-powers beyond being a hundred times stronger than the average woman, as all Amazons are. She has super-speed and can glide on wind currents. Now she joins the army not as Steve’s secretary but as a Yeoman. Years later, it will be said that Diana also has a twin sister likewise sculpted from clay, a dark-skinned woman called Nubia.

1968 – Thinking Wonder Woman needs to go into a different direction, Denny O’Neil begins a storyline where her powers are removed, her magic lasso is abandoned, and Steve Trevor is killed. No longer a superhero, Diana learns martial arts under the guidance of a blind mentor named I-Ching and quickly becomes a master. She then becomes a globe-trotting investigator and trouble shooter, donning a variety of white outfits while fighting human, non-magical menaces with martial arts skills. She no longer calls herself Wonder Woman and only goes by the name Diana Prince.

1973 – DC returns Wonder Woman to her roots in Wonder Woman #204, where she regains her costume and powers. She also meets Nubia for the first time, and gets a new job for her Diana Prince identity as a translator for the United Nations.

1982 – Wonder Woman drops the eagle on her costume and adopts her now famous WW insignia, designed by Milton Glaser.

Following this, the Post-Crisis Wonder Woman is introduced with now greater super-powers than her previous incarnations. She can fly rather than glide, her strength and speed are increased, and she can communicate with animals. She leaves with Steve Trevor because Ares is trying to plunge the entire world into destruction. While Wonder Woman’s clay origin remains, the Amazons are now said to all be the reincarnations of women from various cultures and past ages who were each unjustly killed by men. Another addition to the mythos is that Steve Trevor’s mother Diana Trevor was a pilot who crashed onto the island and helped the Amazons, dying in the process, and that Princess Diana was named in honor of her.

2011 – DC Comics reboots again, ending all its titles and launching 52 new ones. In the “New 52” Universe, Diana learns that her clay origin is just a story her mother told her, and that she is actually the product of forbidden romance between her mother and the god Zeus. She then becomes the god of war.

2016 – Writer Greg Rucka with artists Nicola Scott and Liam Sharp take over the Wonder Woman comic to return her to her roots. Diana come to the conclusion that the revelation that she is Zeus’s daughter, and her role as the new god of war, are all lies meant to confuse her and trap her. She takes on a costume inspired by the new movie, and readers are presented with Wonder Woman Year One, a new origin story that mixes in the classic clay origin with modern takes on her supporting cast and villains.