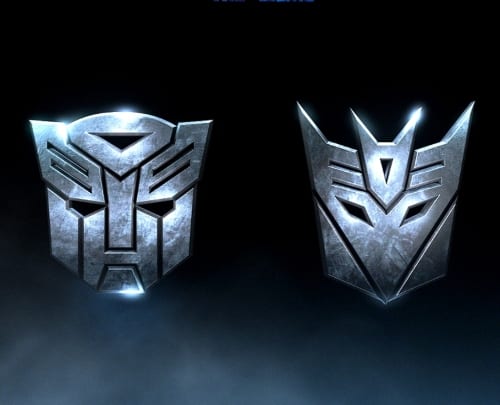 The Transformers film franchise keeps on going, whether you like it or not. But that’s only one aspect of the TF property. Along with its many cartoons and video games, there have also been various comics from many different publishers over the years. Of course, it can be hard to keep all those straight, so here’s a basic guide to the publication history of the robots in disguise known as the Transformers.

When the third season of the cartoon series jumped ahead several years into a possible future, the Marvel Comics series did not follow this approach, so the continuity went down a drastically different line. After 80 issues, the series was canceled.

At first, the Marvel UK reprinted the Marvel Comics series while adding extra stories in-between the previously written issues, expanding plots and characters. After a couple of years, the UK dismissed the US series and split off into its own continuity, similar to what happened with the Fullmetal Alchemist anime years later. Simon Furman became the writer of the U.K. series and was so acclaimed that he became known as the major Transformers scribe of the day.

While the third season of the cartoon series stated that the Transformers were originally robots created by the alien Quintessons, Furman took a different route. He wrote about the death-god Unicron that nearly destroyed the universe until he was stopped by a “god of light” called Primus. Primus and Unicron each had their essence trapped inside metallic asteroids. Unicron evolved into a new, robotic menace, less powerful but still a threat to life. Primus altered his own asteroid prison into a robotic world (Cybertron) and used his life essence to create a race of sentient robots who would one day defeat Unicron forever. A piece of Primus became the life-granting Transformer Matrix (later renamed the “AllSpark”).

Furman’s origin story eventually made its way into the US Comics and has become the origin most continuities have followed since.

In the 1990s, Marvel did a new series to celebrate the new Transformers toyline. Like the toyline, it was called “Generation 2.” This series (which lasted only 12 issues) was written by Simon Furman and took place years after the end of the original US comic series, but in the same basic canon. This series was known for its intense violence compared to the original US series, as well several character deaths.

In 2002, Dreamwave Productions released a new Transformers comic series that acted as a sequel to the first two seasons of the original Generation 1 cartoon series (ignoring the possible future explored in the third season). Elements of the US comic series were brought in and a new backstory was established in the series The War Within.

Dreamwave also did a mini-series that acted as a sequel to the Transformers: Beast Wars cartoon. But when Dreamwave went bankrupt, this particular TF continuity/universe abruptly halted.

Devil’s Due did a few miniseries under the collected umbrella of G.I.Joe Vs. Transformers. In this canon, the Transformers were discovered during World War II and quickly recruited by the forces of G.I. Joe and Cobra (who now also existed earlier than their original comics had depicted). Many characters had radically different experiences and alternate modes. Optimus Prime, for instance, now turned into a tank rather than a truck.

Following Dreamwave’s bankruptcy, IDW snatched up the Transformers property. Simon Furman was brought in as headwriter at first and given the freedom to re-boot the continuity completely from scratch. The new series began with the story “Infiltration”, and later explored the beginnings of this version of the Autobot and Decepticon war through stories such as Primacy, Autocracy, a Megatron mini-series, and several issues of Transformers: Spotlight. Because there now was no toyline to be concerned with, Furman had greater freedom concerning how to handle the stories and what characters he could use.

Furman’s stories created a new TF universe that continues to expand and evolve to this day. Most recently, it officially merged with IDW’s G.I. Joe universe and then connected to many other characters in the crossover Revolution. To its credit, the crossover acts as a decent jumping on point for new readers, introducing a timeline of Transformers and G.I. Joe history for those who haven’t already been reading IDW for years, and showing how these characters co-exist with Captain Action, M.A.S.K. and Rom, Spaceknight!