WHAT IF: Transformers Crossovers We’d Love to See 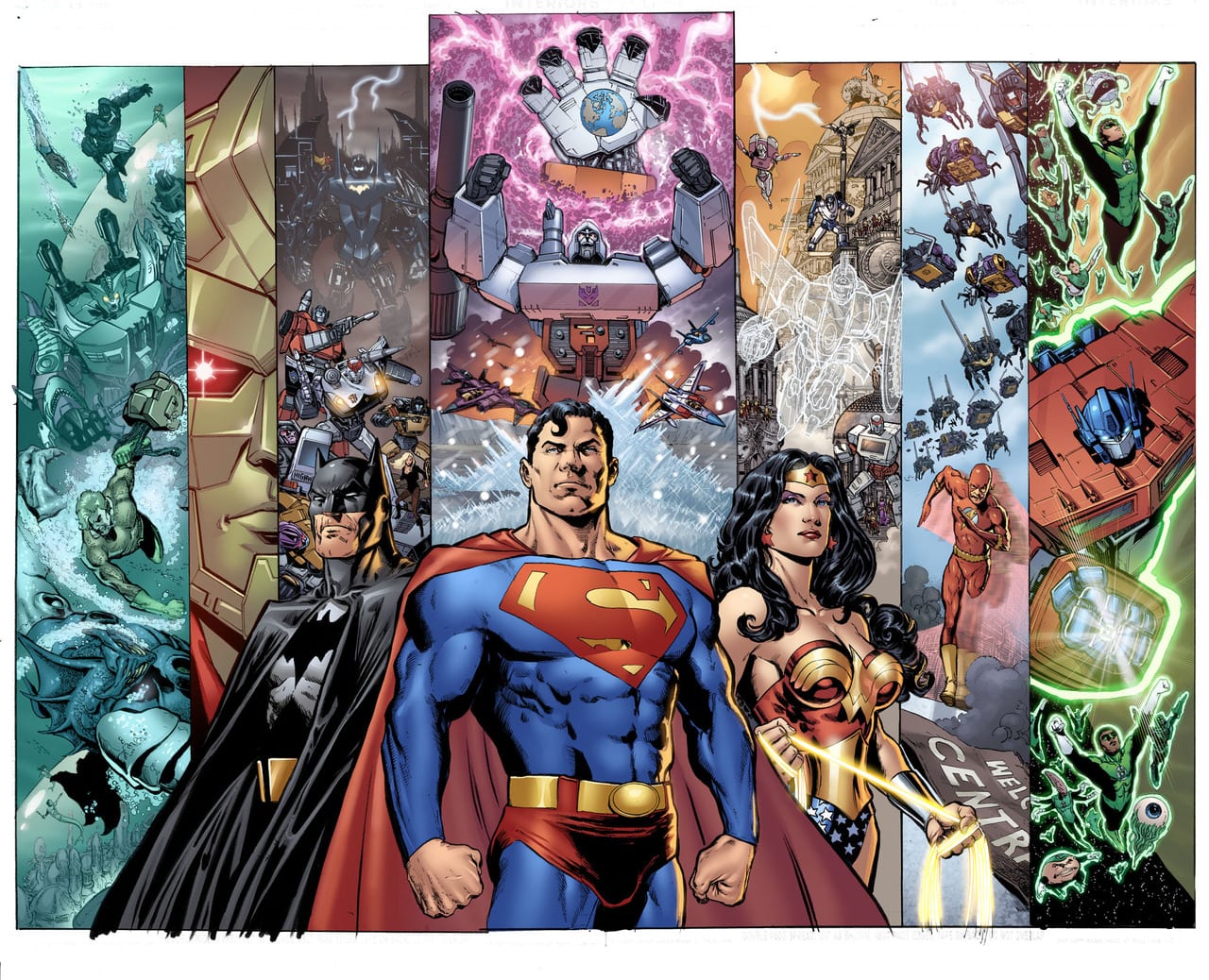 Movie theaters are being decorated by posters for Transformers: The Last Knight, the next chapter in Michael Bay’s Transformers saga which comes out in June. This story promises to span history itself, with a look back at the living robots being tied to World War II. But I couldn’t help but wonder, not the first time either, just how much fun it would be if we had the heroes and villains of the planet Cybertron transcend space and time so they could crossover with characters from other universes. Here are some fun ideas I came up with.

The Transformers don’t arrive on Earth until years after the artificial intelligence Skynet has destroyed much of the planet. The villainous Megatron sees an easy world for him to conquer, but he is betrayed when his second-in-command Starscream teams up with Skynet after being promised co-rulership of Earth. With Megatron dead and Starscream now leading the Decepticons alongside Skynet’s terminators, human resistance leader John Connor believes all is lost. That’s when hope arrives in the form of Optimus Prime and his team of Autobots. If Connor can overcome his mistrust of yet another race of thinking machines, he and Optimus can become a truly powerful force for good. As Captain of the U.S.S. Enterprise, James T. Kirk is tasked with seeking out new life and new civilizations, making first contact with strange alien races that no one’s ever heard of before. When the Enterprise discovers the robotic world of Cybertron, they are immediately attacked by its ruler Megatron and his Decepticon army. With the transporters offline, Kirk, Spock, McCoy and Uhura are marooned on this strange world. As Sulu takes command of the ship and fights off the strange robot panther and falcon that terrorizes the crew, the team on the ground meets up with a band of rebel Autobots who tell them their only hope is resurrecting their long-dead leaders: Arcee Prime. Years ago, Phil Jimenez wanted to do a story of the Transformers crossing over with the DC Comics universe, as depicted in the image above. It never happened, but it’s fun to wonder what if. The Green Lantern Corps meeting the Autobots is exciting enough alone.

The Green Lantern Corps is an intergalactic group of space cops, each of whom is armed with a “power ring” that can manipulate energy and create weapons out of thin air. Tasked with keeping peace across the cosmos, the Green Lanterns would be legimately concerned when a race of living robots decides to use Earth as a battlefield for their civil war. To save Earth, the GLs might immediately attempt to disarm both sides, only to later discover that the Decepticons are a danger to all life. And if a Green Lantern dies, their ring would seek out a replacement who is “honest and without fear.” So imagine how the tide of battle would turn when Optimus Prime is suddenly given a power ring. But then again, there are other rings out there? Would hope-powered blue rings find their way to Hot Rod and Windblade? What would happen if a fear-based Sinestro ring found its way to Megatron? Or if Starscream got control of the single, avarice-powered orange ring? Don’t pretend that you wouldn’t watch it.

The Transformers came to Earth and had their battles. That’s in the past. Now, with Megatron’s forces seemingly defeated, the Autobots activate a space-bridge so they can head back home to Cybertron and rebuild. But Starscreams seizes an opportunity, giving Cybertronian technology to terrorists in exchange for help with his own plans. When Starscream and his new allies attack, the space bridge is destroyed and Optimus Prime is now stranded on Earth alone, his weapons malfunctioning, his soldiers thousands of light-years away.

But fortunately, just when he’s under fire, Optimus runs across a New York cop who was just trying to enjoy his vacation, a man named John McClane who was just in the wrong place at the wrong time. Together, Optimus and McClane will lend both expertise and alien technology to a new U.S. counter-terrorism strike force tasked with stopping the terrorists Starscream has empowered, a strike force known as: M.A.S.K.