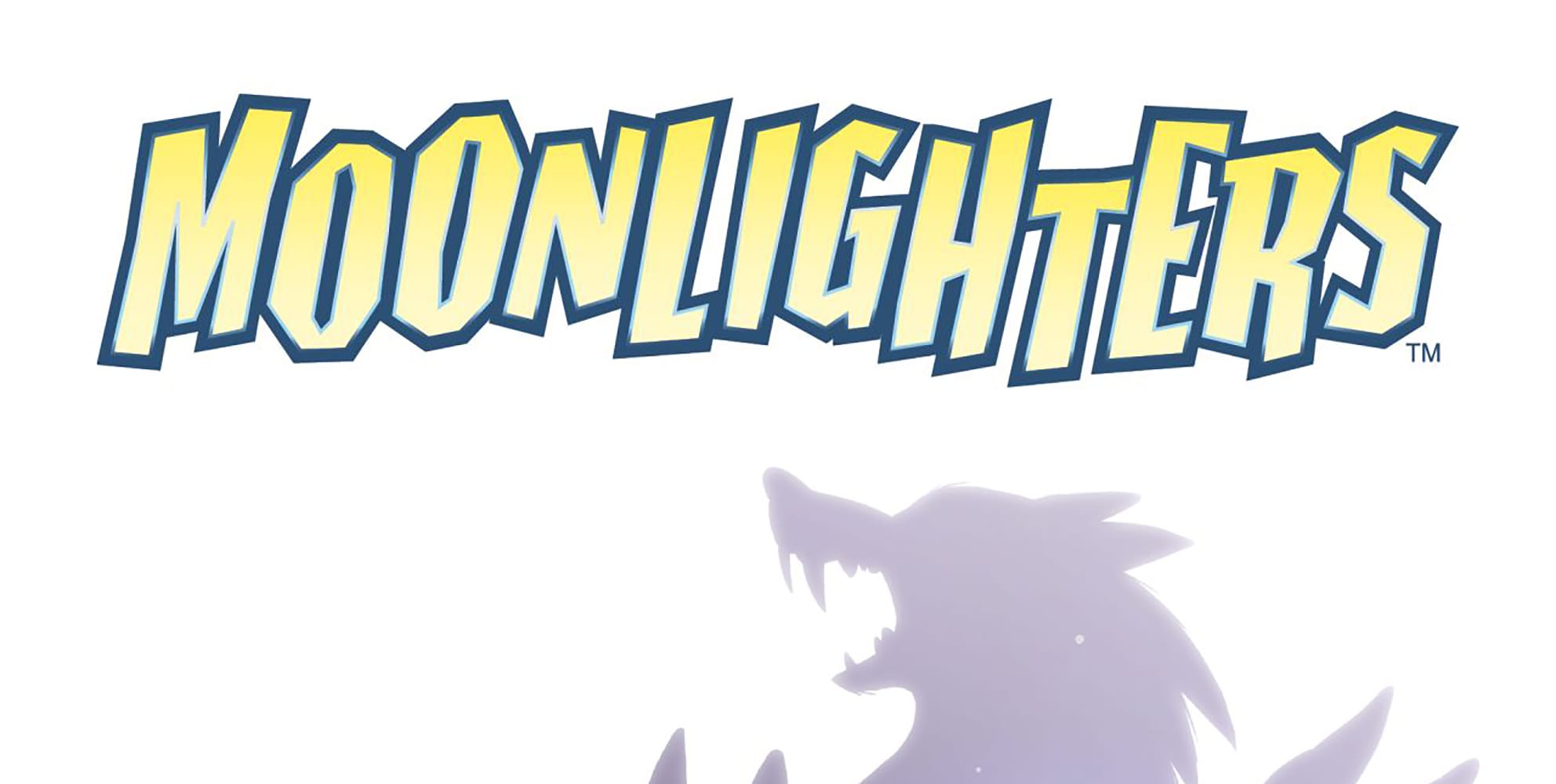 Space Goat Productions has announced a new line of 9″ x 6″ comics called “Backpack Editions,” small enough to fit in backpacks, messenger bags, and purses, while being durable enough for travel if you’re a reader on the go. One such Backpack Edition is available for pre-order now on Amazon and Comixology and debuting next Wednesday March 8: Moonlighters, an all-ages series written by Katie Schenkel, with art by Cal Moray and lettering by Tom Napolitano.

Moonlighters features college student Renee who has recently inherited the curse of the werewolf. Hoping to find a solution for the transformations that happen whenever her adrenaline surges, she seeks out the Moonlighters team after seeing a flyer advertising that they help with monster problems. Only, it turns out she misunderstood. They don’t hunt monsters who are deemed problems. They’re werewolves who help monsters (and magic folk) with problems, such as when a witch loses their familiar.

Moonlighters is a delightful all-ages adventure. In some ways, it feels like a modernized Scooby-Doo team where the young detectives are themselves supernatural. Our characters are a diverse mix of personalities, body types and backgrounds.

Though the first issue is short, it clearly and quickly establishes the premise of the series, the direction the story is going in, and the personalities of the characters very clearly. The dialogue is tight and well done, and the pacing is nice. The story is short, but not rushed. It’s definitely a first chapter, but you don’t feel cheated by an abrupt ending.

Moray and Schenkel collaborate well together, and the facial expressions and reactions are able to convey a lot without the need for narration to spell it out for you. You don’t need to be told why Renee is initially fearful that that the Moonlighters are werewolves themselves and what her thought process is in accepting them as allies rather than threats. Just watch her face and what she’s reacting to. You’ll see how and why she’s charmed by this whimsical team. The artwork also immediately establishes the atmosphere of the world and does a lot to help you get to know the team in a short amount of time. And it’s great to see female werewolves who aren’t coded as different from the male werewolves by having giant eyelashes or eye shadow or pouty lips.

We recommend Moonlighters for kids looking for a supernatural detective series and adults who just want to smile and enjoy a fun ride. Check it out on Amazon or Comixology.