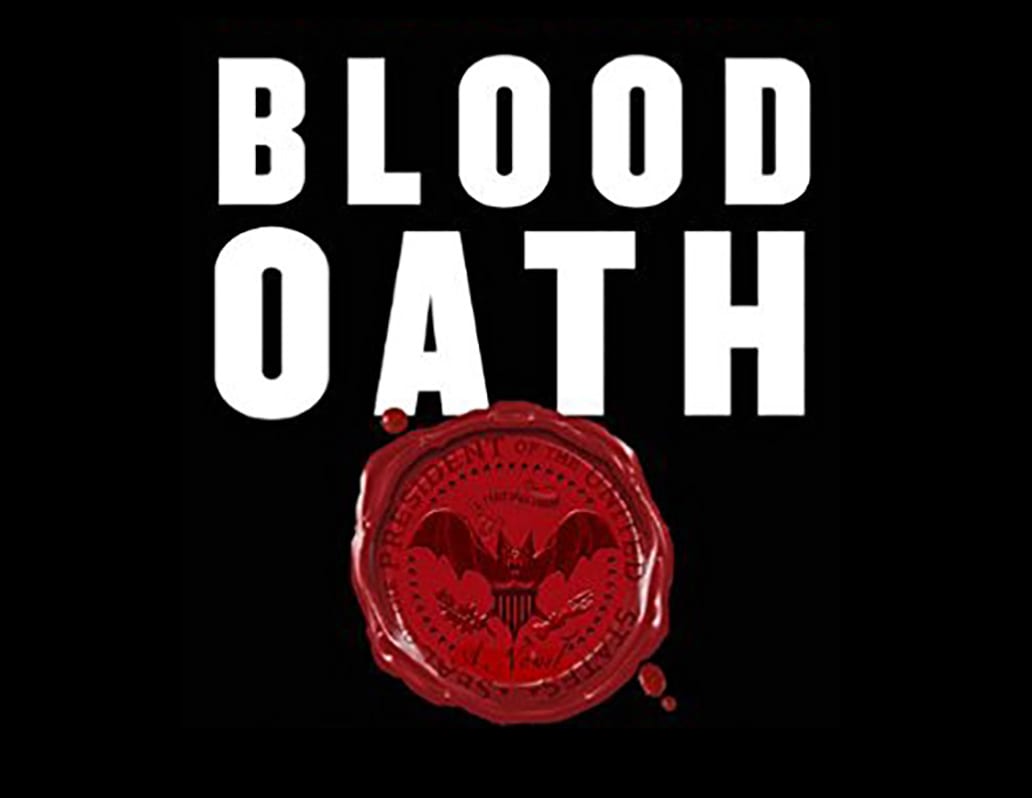 In 2010, author Christopher Farnsworth published Blood Oath, the first of what became the Nathaniel Cade book series, also known as the President’s Vampire book series. The book wastes no time setting you up for the premise or building to a slow reveal that – shocker! – this is a world where the supernatural exists. You knew that when you bought the book and Farnsworth understands that. We immediately jump into a black ops battle where an American operative is shocked to realize that he’s facing actual werewolves and that the man at his side is a real life vampire. Fast forward and we learn more about this world through the eyes of Zach Barrows, a career-minded jerk who was literally caught with his pants down and now is recruited to be the new assistant to Nathaniel Cade, the President’s vampire. Nathaniel was captured by America soon after the death of Abraham Lincoln. President Johnson, now aware that there exist supernatural monsters, threats, and even nations that may endanger the US, decides that this vampire will be a weapon against him. With help from the famous, historical voodoo queen Marie Laveau, Nathaniel Cade is put under the power of a blood oath. He must serve the President and certain recognized officials of the White House. For the many years since, he has been a living weapon.

Thankfully, Farnsworth understands that part of keeping a vampire interesting is by not letting us in on all their thoughts and emotions. For the most part, we see Cade from the points of view of others. Zach sees him as a predator. His long time colleague Griff sees Cade as a predator who is also still in touch with some humanity, who is very aware that everyone around him will die. Cade is an interesting contradiction. He is comfortable with technology but has no care or interest in it beyond being prepared for how his enemies use it against him. He’s fine using modern day slang, but also mixes it up with slang he still remembers from hundreds of years ago. Along with exploring the interesting Cade and his helpers in Griff and Zach, the story follows a privileged American who unwittingly winds up recruited by Middle Eastern terrorists. Farnsworth does a good job of condemning these villains and never glorifying their violence, sexism or hatred, while also showing us just how it is that some people can wind up believing that such actions are the right ones. Toxic masculinity is explored alongside religious fanaticism. It is interesting that in a story that doesn’t apologize for having supernatural elements, some of the major evils in it are actually very human.

This book is not groundbreaking and won’t leave you with a new idea about vampires, humanity or politics, but that’s all right. It is, quite simply, a solid and entertaining read that mixes political thriller with vampire horror. If you dig it, be sure to check out the second book, simply titled The President’s Vampire.