You Should Be Reading: X-O Manowar 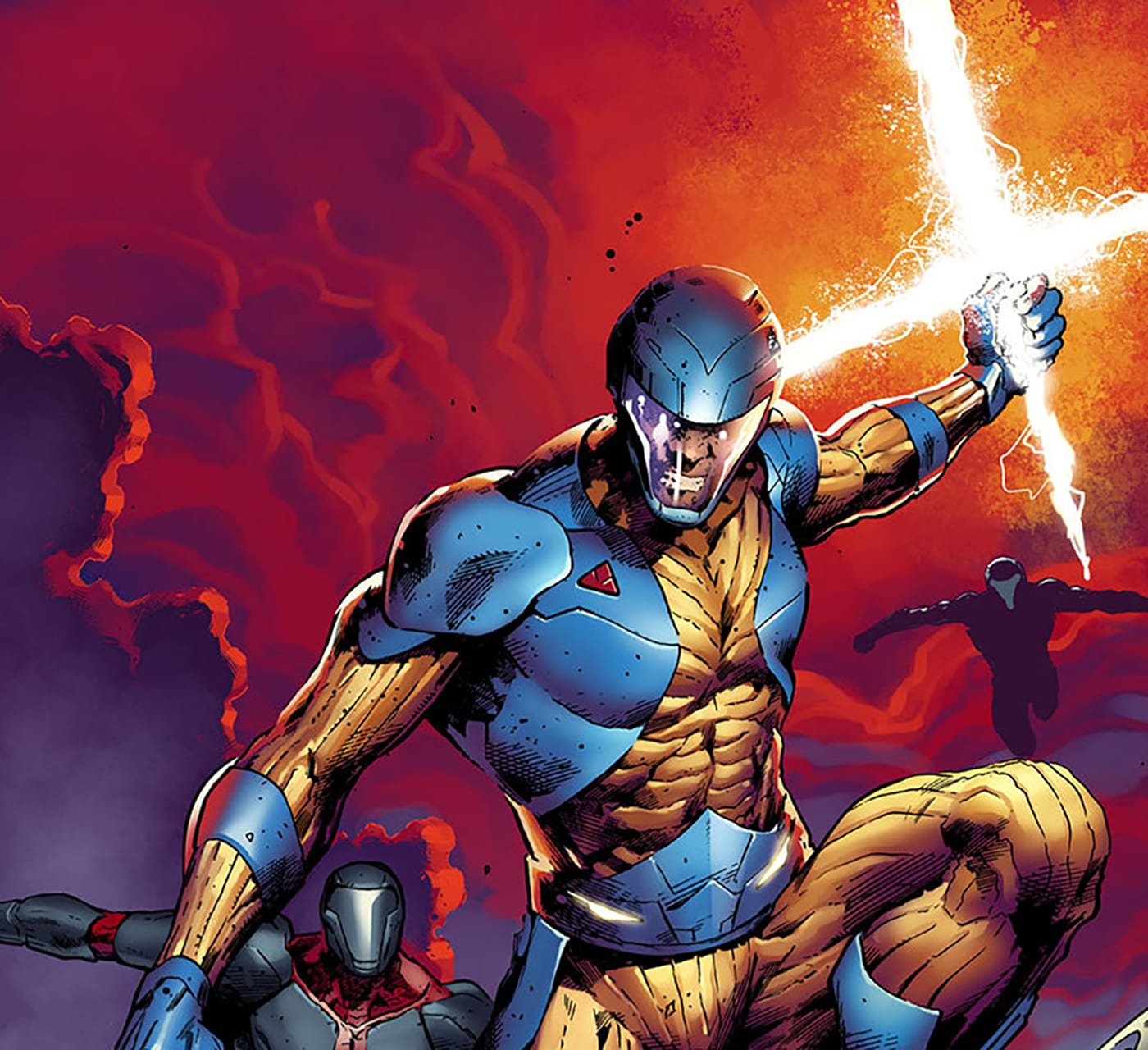 Comixology currently has a sale on Valiant’s X-O Manowar series and you should take advantage of it. “But I’m not into superheroes.” That’s fine. X-O Manowar is not a superhero comic, it’s a sci-fi adventure thriller that spans across the Earth and a good chunk of human history. X-O Manowar originally came out in the 1990s, created by Jim Shooter and Bob Layton. In 2012, Valiant Entertainment rebooted the character in a new series by Robert Venditti and artist Cary Nord. The new series is now largely available in trades, beginning with Vol. 1 By the Sword, continuing into Vol. 2 Enter: Ninjak, Vol. 3 Planet Death, and so on.

The story begins in 402 AD, as Visigoths fight the forces of the Roman Empire. One formidable but reckless and impulsive warrior named Aric leads a group of men against what he believes is a new batch of Roman soldiers. But these are aliens of a society called the Vine and they capture Aric and his friends, just as they have captured many people from different cultures of the Earth. Aric and others spend many years working as slave labor for the vine in a spaceship.

Eventually, an escape is accomplished when Aric dons a suit of “Manowar” armor known to the Vine as the Shanhara. He makes his way back to Earth, only to realize that it’s now the 21st century and the Vine have agents everywhere. In retaliation for this, and so the Manowar armor isn’t used against them, the Vine decides to take out all of Earth.

So it’s a classic “they’re all around us” invasion story, which is often topical when there’s fear in the world of sleeper agents and spies. But what elevates this beyond that is the characterizations. The Vine are not just a malicious force. Its agents on Earth have helped cultivate and guide human civilization for centuries, for better or worse, and so you are faced with the fact that modern day society would look very different, perhaps be unrecognizable, without them. Along with that, a Vine agent does not want the Earth destroyed. This is his home and it’s full of good and innocent people. If the Manowar armor needs to be recovered, fine, but why destroy a whole planet too? There is also a division between the military and religious powers of the Vine. The military forces want to kill Aric and destroy the Manowar armor if necessary to keep it out of enemy hands. The priests, however, believe that the armor, the Shanhara, is a religious artifact that chooses only the worthy to wield it. The fact that the armor has killed many Vine warriors but has successfully bonded with a human slave is a mystery to examine, so they can get a better understanding of the Shanhara and its will. They argue that Aric must be recovered, not destroyed, or their souls might be endangered.

And then there’s Aric himself. Earth is now so alien to him and he still thinks like a 5th century warrior. He was reckless then and he’s reckless now. He’s a flawed hero who occasionally must be guided to reasonable action with a firm hand.

The Comixology sale goes on until March 27th, so go check out X-O Manowar now while it’s available at a discount!