Nerd 101: How Does Spider-Man Shoot Webs? 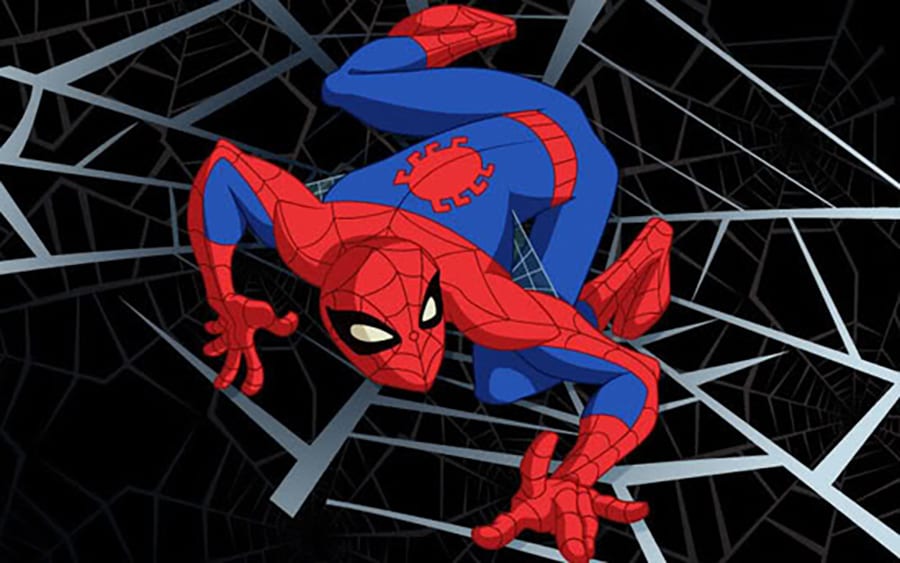 Aside from wall-crawling, Peter Parker’s most famous feature is his webbing. While other heroes fly or run across rooftops with grappling hooks, Spider-Man swings on web-lines, zooming through New York at up to 40 MPH. But just what is this webbing and its true nature? When Stan Lee and Steve Ditko introduced Spider-Man in 1962, their hero gained several abilities from being bitten by a radioactive, venomous spider. Great strength, agility, reflexes, coordination, wall-crawling. But no webbing. In reality, spiders use protein in their bodies to produce webbing from a set of spinnerets. This process helps them in different ways, whether it’s creating a safety line to hang from or a trap for prey, but is costly due to the protein it uses and so spiders often recycle by consuming the webbing that has lost its stickiness and strength.

Peter does not have to go through any of that. He doesn’t create any webbing from protein, so he doesn’t have to worry about eating a few meals before trying to swing across the city on web-lines, and he doesn’t shoot it out of his mouth or spinnerets that grow from his body. Instead, his webbing is artificial, created by a chemical of Peter’s own making that solidifies slightly when exposed to air, fired by wrist-worn “web-shooters.”

Regarding the first point, in Amazing Fantasy #15, the comic the introduces the hero, Peter Parker is clearly a prodigy when it comes to chemistry and engineering. Like many other heroes Stan Lee created alongside Steve Ditko, Jack Kirby and other Marvel artists, he has a keen scientific mind. But while Reed Richards and Bruce Banner are hailed as great scientists by their peers, Peter is still in high school and simply regarded as a nuisance and a nerd by classmates who mock his interests and talents. A lot of readers could and still do relate to this, so Spidey’s web-shooters serve as a reminder that we can do great things even if others don’t realize it. Peter was smart enough to create web-shooters regardless of powers, and he recognizes this when he invents them, remarking, “So they laughed at me for being a bookworm, eh? Well, only a science major could have created a device like this!” Regarding the second point, dramatic tensions is key in superhero stories and so it’s great if you can come up with some easy-to-grasp limits on the abilities or equipment of your hero. Superman has trouble with magic, psychic attacks and certain types of radiation. The sonic screwdriver in Doctor Who can’t open “deadlock” seals and doesn’t effectively work on wooden objects. With Spider-Man relying on web-shooters, you have the possibility that he will run out of web-fluid at an inopportune time. Even if he takes precautions, the web-shooters can be damaged in battle or removed by an enemy. They also add drama to his personal life. What if one week he uses his latest paycheck to buy the chemicals necessary to mix up some new batches of web-fluid, but then realizes too late that he now will be short on rent money for the landlord that already doesn’t like him? You lose all these dramatic tension situations if you say that he just wills webs to emerge from his body and might be hungry afterward.

Now, you may wonder, but where do the webs go later? Is New York just decorated by hanging web-lines that Spidey discarded? Nope! The webbing dissolves after roughly an hour, turning to dust. So web-lines vanish, and any cop who picks up a criminal with their hands webbed up only has to wait an hour before properly hand-cuffing them. If it needs to dissolve more quickly, Peter can apply other chemicals directly to the webbing to achieve this.

Spiders have three spinnerets and use these to create different types of webbing, and Peter Parker follows that model with his own web-shooters. The trigger in his palm controls the nozzle on his wrist and has three settings. It can fire a simple, solid web-line that is good for swinging between buildings or lassoing a baddie. It can fire a fine spray that solidifies into a large web-net (or even a glider-wing if Peter makes it thicker). And it can fire a malleable web-goo that Peter can quickly manipulate into a shape before it solidifies, creating web-bats, web-shields, web-skis, whatever. Or he can leave it in goo/paste mode and allow it to trap a criminal who tries to run through it. Pretty versatile!

SECRET EXTENDED ORIGINS OF THE WEBBING

Eventually in the comics, in Amazing Spider-Man # -1, it is revealed that Peter had initially designed similar technology earlier in life. Inspired by stories of earlier Marvel heroes, Peter briefly imagines that if he were ever a superhero, he would want a non-lethal device that could catch enemies across long distances, so he sketches out some ideas. He never finishes this device but then, after becoming Spider-Man, goes back to his old plans and reworks them into web-shooters.

In 1994, Byron Press published The Ultimate Spider-Man anthology (not to be confused with the comic book series Ultimate Spider-Man published many years later). In this anthology, Peter David wrote his own revised version of Spider-Man’s origin. wherein Parker originally develops the webbing as a fast-acting super-glue, hoping to market it. The chemical shows tremendous tensile strength, but a design flaw means that it always dissolves after an hour, so Peter abandons the project in frustration. When he develops his Spider-Man abilities a couple of years later, Peter revisits the super-glue formula when he realizes he needs a web-weapon, and now considers the design flaw to be advantageous for his needs.

In the comic book series Ultimate Spider-Man, taking place in a universe parallel to the mainstream Marvel Comics universe, Peter’s father Richard is a research scientist and one of his projects involves a super-adhesive chemical. He never completes it before he dies, but Peter later uses it as the basis for his webbing.

In the 1990s, Fox’s Spider-Man cartoon came up with a fairly weird twist on the webbing’s origin. In this version, Peter Parker only designs his web-shooters after getting his powers, just as originally depicted in Amazing Fantasy #15. But here, Peter is curious as to how he was so successful at creating such devices so quickly. He doesn’t know for sure, but he wonders if the spider that transferred powers to him didn’t also somehow transfer knowledge, akin to genetic or ancestral memory, allowing him to instinctively known how to create his own webbing. Weird, but also not the weirdest thing that’s ever happened or been suggested in a Spidey story.

That’s all, folks! Join us next week for another Nerd 101.