NERD 101: What is Regeneration in Doctor Who? 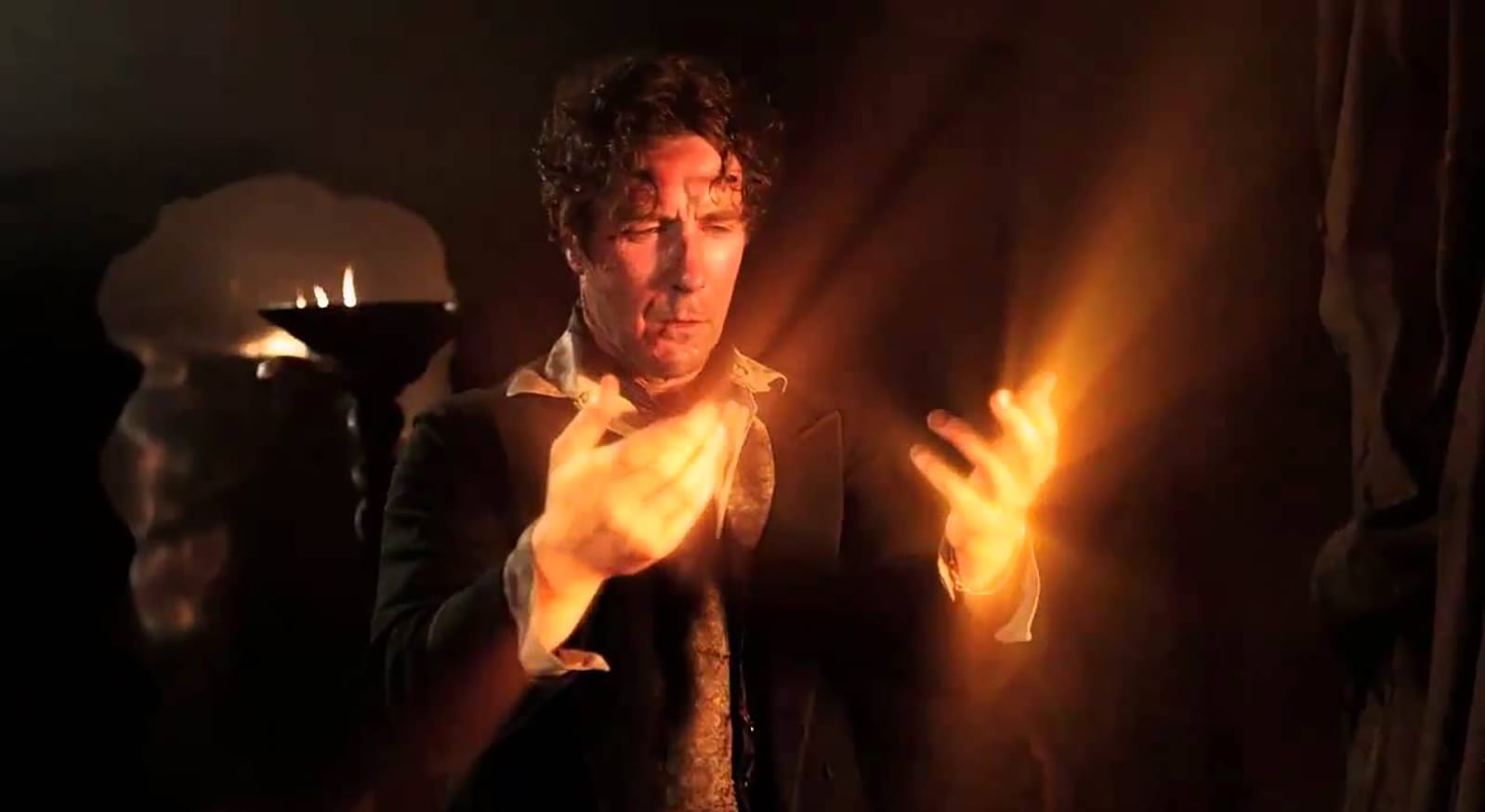 Since Peter Capaldi announced his upcoming departure from Doctor Who, fans have been discussing and debating who should be the next actor to play the titular hero of the TV show. Like Batman and James Bond, there have been many people to play the mysterious alien scientist known as the Doctor. Unlike Bond, these changes happen in-universe as well. Other characters are aware that the Doctor occasionally changes his appearance and some personality traits. This is credited to a special super-power the hero has called “regeneration.”

So what is it? Glad you asked!

In 1966, William Hartnell, the first actor to play the Doctor, was soon to leave Doctor Who. The BBC decided not to renew his contract, due to Hartnell’s increasing health issues and, apparently, clashes he had with the new show runners. Since 1963, Doctor Who had become a household name in the UK and many children enjoyed the alien hero’s adventures through space and time. A question came up: how do you recast an already iconic hero in a way that won’t upset all those kids? Remember also, this was before James Bond had multiple actors, before soap operas regularly changed major cast members.

The idea of casting someone who would look and act like Hartnell was thrown out. It was believed that children would see this as a dishonest attempt to replace the Doctor with an impostor. Instead, the BBC decided to hang a lantern on the situation by writing into the show that the Doctor experiences a transformation, one that startles his human traveling companions. The new Doctor, played by Patrick Troughton, would look and act different as a result of this change, so anyone who complained “Well, he’s not like Hartnell” could be countered with “He’s not supposed to be.” The Doctor’s core remains, he is still a hero who is obsessively curious, arrogant, brilliant and compassionate despite his occasional annoyance with the short-sightedness of humans. But by allowing his basic personality traits to change, this allowed Troughton and all subsequent actors the freedom to do their own take on the Doctor’s behavior and delivery, allowing the show itself to regenerate and renew every few years rather than grow too familiar or stale.

Originally, it was proposed that this change would be something done to the Doctor, a forced transformation caused by a cosmic enemy known as the Celestial Toymaker. This idea was abandoned and instead it was decided that the Doctor’s people, about whom we knew next to nothing at this point in the show, had the ability to rebuild their bodies under special circumstances. In Hartnell’s final adventure, “The Tenth Planet” (1966), he is physically weakened by the technology of his enemies the Cybermen. When he regains consciousness, he remarks that his body is now “wearing a bit thin.” By the end of the adventure, he is obviously not recovering from the effects of the Cybermen tech, but declares “It’s far from being all over.” Returning to his ship, the TARDIS, he collapses to the floor and suddenly his body glows with light. The light vanishes and Hartnell is gone, replaced by a shorter, younger Doctor played by Patrick Troughton. The very next episode began the Second Doctor’s career. The new Doctor changes out of the clothes that no longer fit him, re-familiarizes himself with walking as he now has a different body, discovers he no longer needs glasses to read, and rushes off into a new adventure. The story has human traveling companions Ben and Polly have a conversation mimicking what some in the audience might have been saying to each other. Ben immediately complains that this is not the real Doctor. Polly concludes that it is the Doctor, only changed, and reminds Ben that the alien scientist said his body wearing a bit thin. To which Ben replies, “So he grows a new one?”

This was a brilliant line. It explained exactly what had happened, while simultaneously letting the audience know that they were allowed to be surprised and confused by this. As Ben and Polly came to understand and accept the new Doctor, the audience joined them and came to accept it as well.

What the process did exactly isn’t explained in the Second Doctor’s first adventure, “The Evil of the Daleks.” In the first episode of that story, he refers to it as a process of “renewal,” remarking, “Life depends on change on renewal.” He also credits the TARDIS with ensuring that this change happened and that he would’ve died if he’d not achieved it. When Ben asks if he can change back to his original form and persona, the Doctor scoffs at the notion, saying “I’d like to see a butterfly fit into its chrysalis case after its spread it’s wings.”

In Patrick Troughton’s final adventure, “The War Games” (1969), he encounters another member of his society, the Time Lords. This other Time Lord, known as the War Chief, recognizes the Doctor from before and remarks on the fact that the hero has changed his appearance since last they met. The audience inferred from this that the Doctor’s transformational ability was not unique and was an ability familiar to his people. The adventure then ends with a new change being forced on the Doctor by a tribunal of Time Lords, who consider it to be part of his punishment for breaking their laws. The show’s seventh season then begins with Jon Pertwee as the Third Doctor, once again not only looking different but acting differently. Pertwee’s final adventure, “Planet of the Spiders” (1974), is when this transformational ability finally gets a name: regeneration. The Third Doctor explains that this is a Time Lord ability that forces a body’s cells to rearrange and rebuild the body. Thus, Time Lords can cheat death by old age as well as by fatal wounds. From various later adventures, it seems that regeneration is generally a conscious ability, though one that can be activated by survival instinct. If death is instantaneous or there’s just too much damage to the body, then that’s it. The Third Doctor was so poisoned by radiation that he likely would have died if not for the intervention of another Time Lord who gave his cells “a little push” and ensured that he would regenerate into a fourth incarnation. The Fourth Doctor adventure “The Brain of Morbius” (1976) reveals that some regenerations are so difficult or traumatic that they need aid, and that the Time Lords sometimes get such aid from a group of “witches” known as the Sisterhood of Karn.

Another limitation is introduced in the Fourth Doctor adventure “The Deadly Assassin” (1976): Time Lords have only twelve regenerations, allowing for thirteen lives. This rule, however, had loopholes. An evil Time Lord known as the Master was able to survive past his thirteenth body by transferring his mind into the body of another, becoming a psychic parasite. While in this new form, he was then offered a “new regeneration cycle” by the Time Lords in exchange for his help. We learned during the Tenth Doctor’s adventures that it is also possible to resurrect a Time Lord in a whole new body that has a new set of regeneration.

In “The War Games,” it’s clear that the Time Lords have the technology to control what the result of a regeneration will be: whether you look older or younger, taller or thinner, etc. Multiple episodes of Doctor Who indicate the women Time Lords have a greater innate control over regeneration and can choose their next appearance by concentration and will. Later still, in the mini-episode “Night of the Doctor” (2013), we learn that the Sisterhood of Karn has methods that can direct the personality a Time Lord will have in their next incarnation.

Overall, the Doctor’s made it clear that his own regenerations happen much more chaotically and that, with one exception, he has never had control or any real idea what his next incarnation will be like until the change happens. In the novel The Room with No Doors (1997), the Doctor remarks that regeneration is meant to take place with other Time Lords and proper technology present that will help ease the process, that such a drastic and traumatic change is not designed to happen when one is alone or on a battlefield.

Finally, in the Eleventh Doctor’s final adventure, the hero is near death and no longer has the ability to regenerate, but some of the Time Lords decide to save him. Thanks to Time Lord technology, the hero is saved and transforms into the Twelfth Doctor, played by Peter Capaldi. The Doctor knows he has a new set of regenerations, but it’s not clear how many he has left or if he even knows himself. Maybe he has a whole new set of twelve regenerations again. Maybe he only has half a dozen. Either way, we know that there will be a Thirteenth Doctor after Capaldi leaves next Christmas.

Who will be the Thirteenth Doctor? Only time will tell…