Nerd 101: Where Did Nightwing Get His Name? 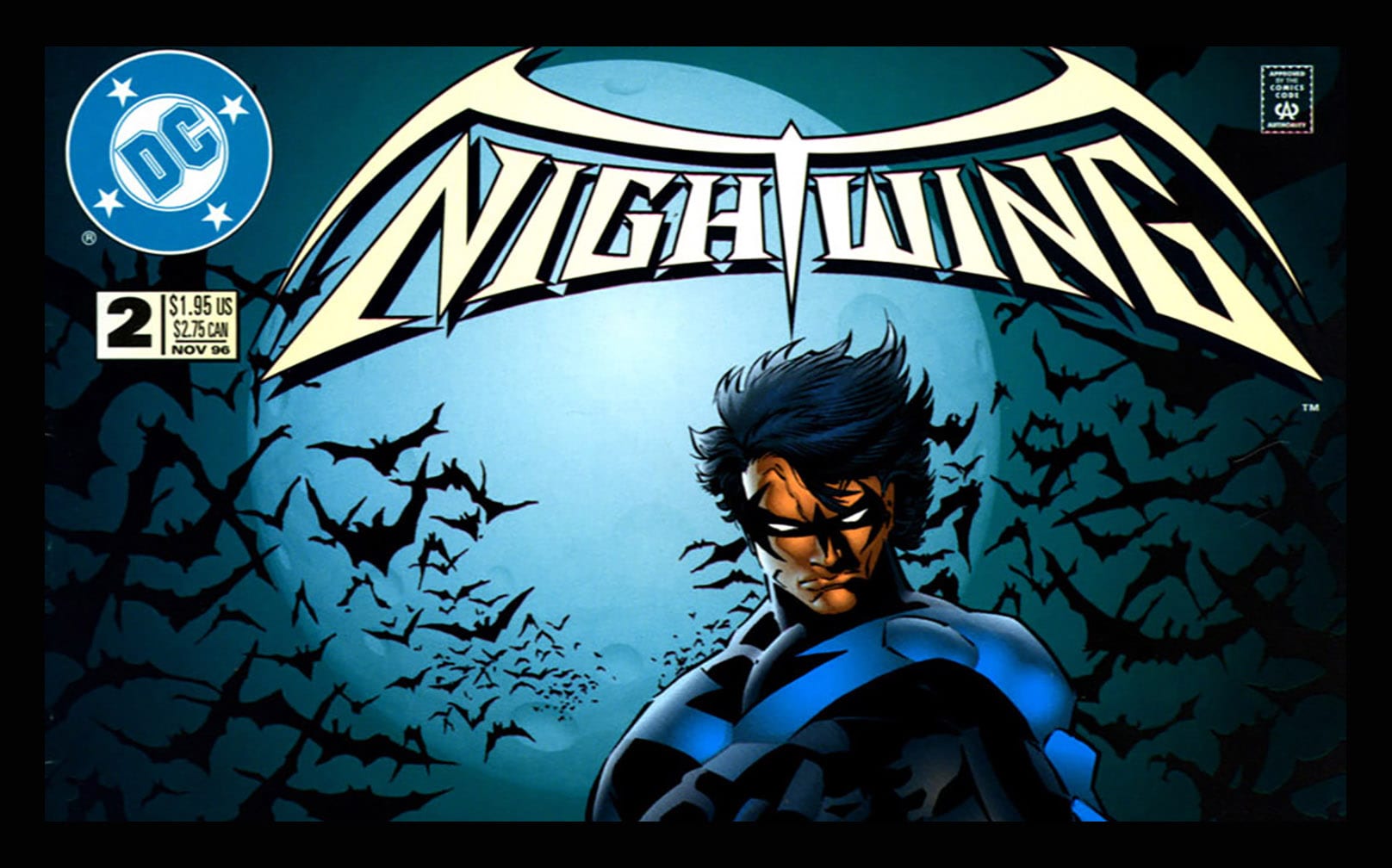 Last week, Warner Bros. announced that it wants to put a live-action Nightwing film into production, with The Lego Batman Movie‘s Adam McKay as its director. Some of you may know that Nightwing is actually Dick Grayson, the first of Batman’s apprentices to take on the name and identity of Robin. Eventually, Dick grew up and left the Robin threads behind. But where did he get the name Nightwing? In 1963, in the pages of Superman #158, the Man of Steel and his pal Jimmy Olsen visit the Bottle City of Kandor, a piece of Krypton that survived the planet’s destruction. In Kandor’s environment, Superman loses his powers. During this particular story, a smear campaign turns the populace against Krypton, so he decides that he and Jimmy must don disguises while they seek out the truth. Superman figures they will adopt the identities of a crime-fighting duo similar to Batman and Robin. Since there are no bats or robins on Krypton, they choose two avian creatures native to the plane: a Nightwing and a Flamebird.

Superman and Jimmy wind up adopting these identities again during a couple of return trips to Kandor. At one point, they are joined on such an adventure by Batman and Robin, giving Kandor two dynamic duos. Eventually, Superman and Olsen leave these identities behind completely, and they are adopted by a pair of Kandor’s citizens, Van-Zee and Ak-Var.

Years later, Dick Grayson leaves behind his Robin identity, deciding he’s outgrown being a sidekick under Batman’s shadow. But he still considers continuing his own superhero career, and circumstances later force him back into action so he can rescue his friends. It’s during this 1984 adventure, “The Judas Contract,” that Dick adopts his Nightwing identity. He informs the readers that since Superman used this name to emulate Batman, he will now use it himself to honor both of them as his guiding influences.

After Superman’s history was revised in 1986, it was no longer part of canon that he had been the first hero to adopt the Nightwing identity or that he had operated as a masked vigilante in Kandor. So now, as far as history was concerned, Dick just thought of the name “Nightwing” out of the blue. In 2001, this was revised a little in “Return to Krypton.” In that story, Superman and Lois Later find themselves on a planet that might be Krypton of the past (it later turned out to be a replica of Krypton). At one point, he and Lois don the costumed identities of Nightwing and Flamebird. Clark indicates that the original Nightwing and Flamebird were legendary heroes on Krypton. In the 2005 story “Nightwing: Year One”, Dick’s transition from Robin to Nightwing is expanded. After quitting his Robin identity, Dick Grayson goes to Clark Kent for advice and voices his concern that he has never been and will never be good enough for Batman’s standards. Clark then relates a story from Krypton’s history about a man who was shunned by his family and then became a great hero despite their low opinions, a hero called Nightwing. Dick takes the story to heart. In 2009, the “New Krypton” story that included all the Superman titles expanded on the Kryptonian legend Clark mentioned. It was now said that there had been different heroes across history who adopted the guises of Nightwing and Flamebird, in reference to two ancient gods of Kryptonian myth who are in love and represent opposite natures. The legends say they are reborn from time to time in the form of mortal beings who are fated to find each other and fall in love and then be betrayed by a friend.

Quite a lot of history behind that name!