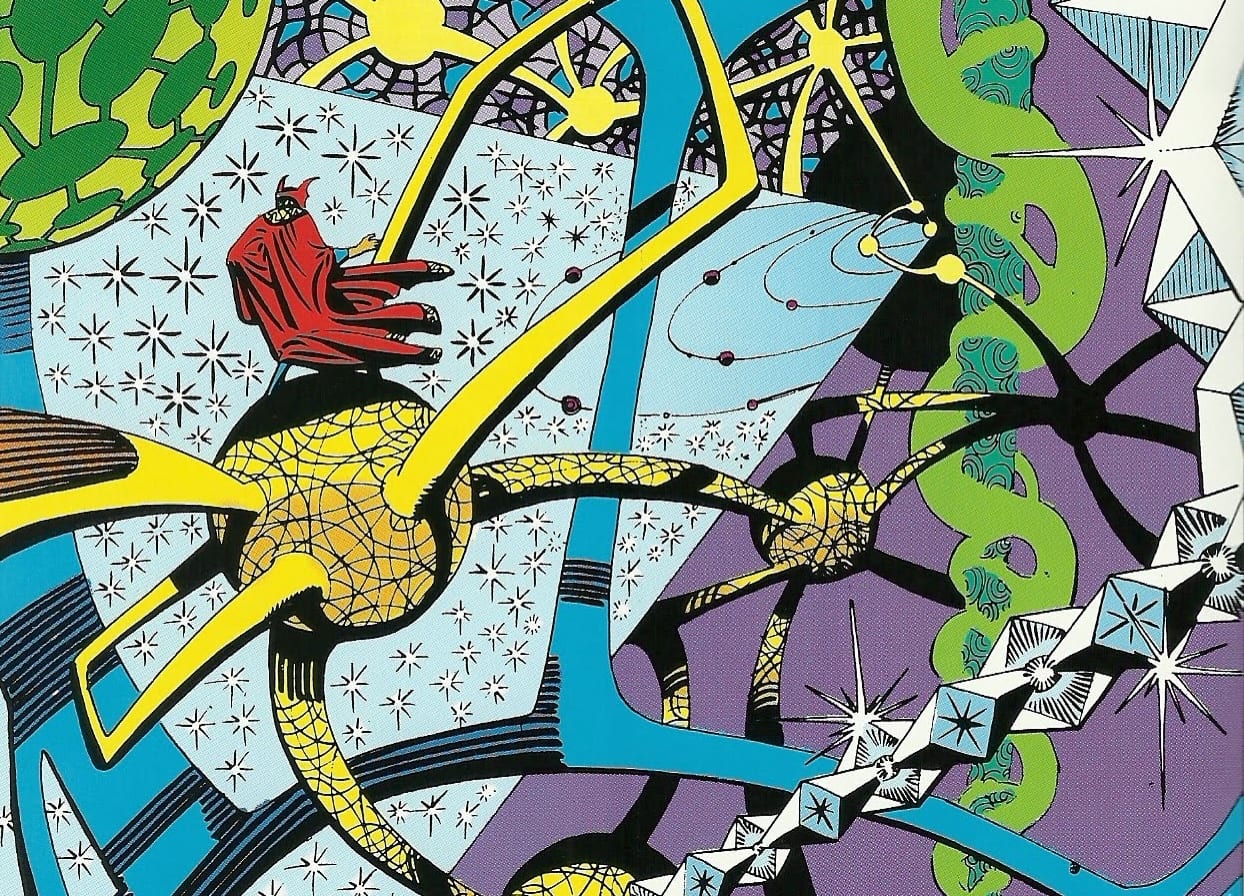 The rules of magic vary from myth to myth, story to story. In the realm of Harry Potter, magic has something to do with biology and genetic heritage. Without the right genes, you won’t have magic energy in your cells waiting to be released and utilized. A similar idea exists in DC Comics, where ancient Atlantis birthed a species called Homo Magi and these people, who could access the magical energies of the universe, wound up intermixing with Homo Sapiens, leading to modern day sorcerers such as Zatanna and John Constantine. But in Marvel Comics, magic is a force out there that can be utilized by anyone who has the right mental talent for it and is willing to learn two things: how to draw on energy outside our universe and how to ask for help from beings in other dimensions.

In both the comics and the film Doctor Strange, magic-users access energy from other dimensions that may not follow the same rules of physics as our own. This energy is used to manipulate a mage’s surroundings, and can be directed to deliver energy-based attacks and create simple objects to act as weapons or shields. Essentially, you are entering a cheat-code into the matter around you, similar to pressing the right buttons in a video game to access a special feature. Manipulating magical energies drains any sorcerer, due to physical and mental focus involved. So to make things easier, especially for intense spells that could endanger your health otherwise, magical energies can also be infused into certain items. Rather than call on a levitation spell every time he needs it, Dr. Strange simply wears a Cloak of Levitation that answers his summons. His other very famous magical item is the Eye of Agamotto, which in the comics allows insight into the physical world as well as the minds of others.

All of what we’ve talked about so far is true in the Marvel Cinematic Universe too. But in the comics, magic is taken one step further. Regularly, you will see Dr. Strange shout something like “By the Images of Ikonn” or “By the Crimson Bands of Cyttorak” or “By the Hoary Hosts of Hoggoth” and then something magical happens. The “Images of Ikonn” spell creates holographic duplicates of Dr. Strange that can scatter and confuse his opponents. The “Crimson Bands of Cyttorak” are powerful energy bands used to bind enemies. The “Hosts of Hoggoth” seem to enhance spells already in action, and can be invoked to summon or banish entities. But Dr. Strange isn’t creating these things out of thin air. Cyttorak, Ikonn and Hoggoth are just a few of a large number of various entities who exist in other dimensions and lend their energies, abilities and weapons to sorcerers who call on them. So basically, Dr. Strange is asking “Hey, Cyttorak, I need to borrow those bands of yours, please,” and so Cyttorak obliges and sends the good doctor what he asked for. Hoggoth is actually one of three magical beings who make up a group called the Vishanti that gives each Sorcerer Supreme their main power source and spell book.

The invocation of names and entities isn’t really touched on in the Doctor Strange movie, but maybe we’ll see them explored in a sequel!