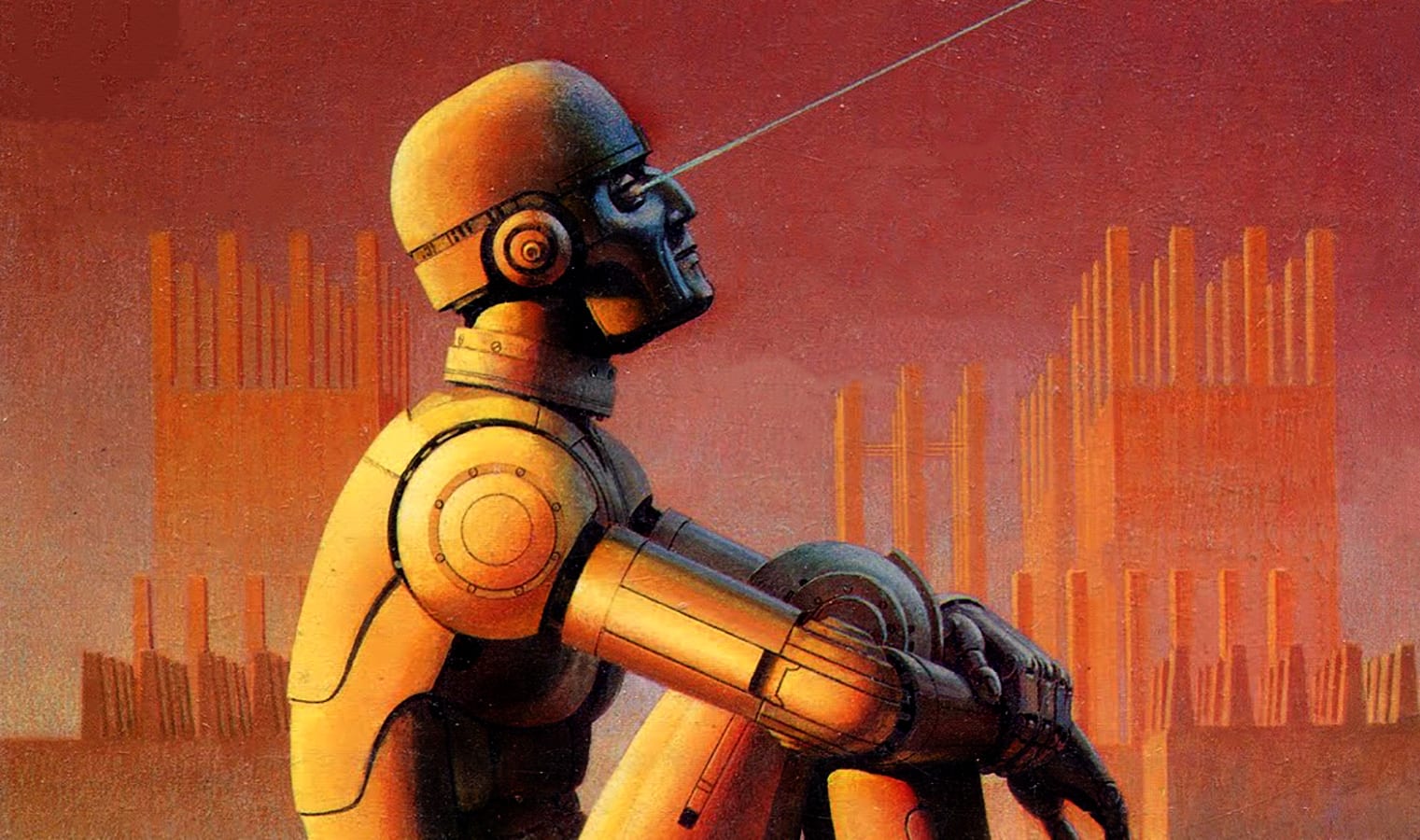 Yesterday was January 2nd, the birthday of Isaac Asimov. Born in 1920, Isaac Asimov wrote hundreds of books and short stories before his death in April 1992 due to HIV-related health issues. He is considered by many to be one of the grandfathers of 20th century science fiction, alongside his dear friend Arthur C. Clarke and author Robert Heinlein. His work influences scientists and writers to this day, particularly his concept of robots having a “positronic” (as opposed to electronic) brain and his now-famous Three Laws of Robotics. But what are the Three Laws and where did they come from?

Early in his writing career, Isaac Asimov became concerned about science fiction stories where the moral seemed to be that humanity was better off staying ignorant about certain things and not transgressing into dangerous territory. Particularly, he noticed this in stories regarding the creation of artificial life. Whether it was provoked or was inherently malicious, the artificial life form inevitably turned on humanity and left the reader with the feeling that it shouldn’t have been created in the first place, that such a creation was just too dangerous. Asimov did not agree with this trope, which he called the “Frankenstein complex.” He argued that most tools and forms of technology are dangerous and that a smart person would foresee this and built in safeguards. A knife is given a handle and a sheath to lower the risk that the users will cut themselves. Therefore, an artificial life form such as a robot would naturally have safeguards built in, especially if its creator lived in our world and was aware of stories such as Frankenstein.

After writing a few robot stories where it was clear that the automatons had built in safeguards, Asimov explained these safeguards in detail in the 1942 story “Runaround.” This story is the first time the word “robotics” was seen in print and many believe Asimov unknowingly invented the term. The story reveals that in Asimov’s world, the positronic brain of every robot is built with three inherent laws that it cannot help but obey. Trying to remove the laws would be like trying to remove parts of a human’s brain. They might survive, but their function and awareness will be severely affected and limited. The Three Laws of Robotics are:

With these three laws in place, Asimov gave himself the challenge of not being able to easily steer his story into “and then the robot went evil.” It forced him to be more creative in finding the drama in stories where humanity lives alongside automatons. Asimov wrote many stories and several books using robots that were governed by the three laws. One story deals with a robot developing religious beliefs. One sees a robot with telepathy who fears he can never tell anyone the truth because something will hurt their feelings, meaning he’ll have broken the First Law. In the novel, The Caves of Steel, police detective Elijah Bailey teams up with Robot Daneel Olivaw, who must apprehend murder suspects without breaking his positronic brain’s internal laws. The novella “The Bicentennial Man” (which was later adapted into a film and also expanded as the novel The Positronic Man) shows a robot with an inexplicable appreciation and talent for art and challenge, feelings that lead it on a long journey to be accepted as a human being.

Scientists have used the three laws as a model in A.I. research. Writers have told stories where their own robots are governed by the three laws as well, accepting Asimov’s challenge to find robot drama in not as obvious places. If you have never read Asimov’s work or his robot stories, here are some recommendations:

I, Robot (the movie of the same title works as a prequel to this anthology)

Robot Visions (includes “The Bicentennial Man” and some of the same stories as I, Robot)