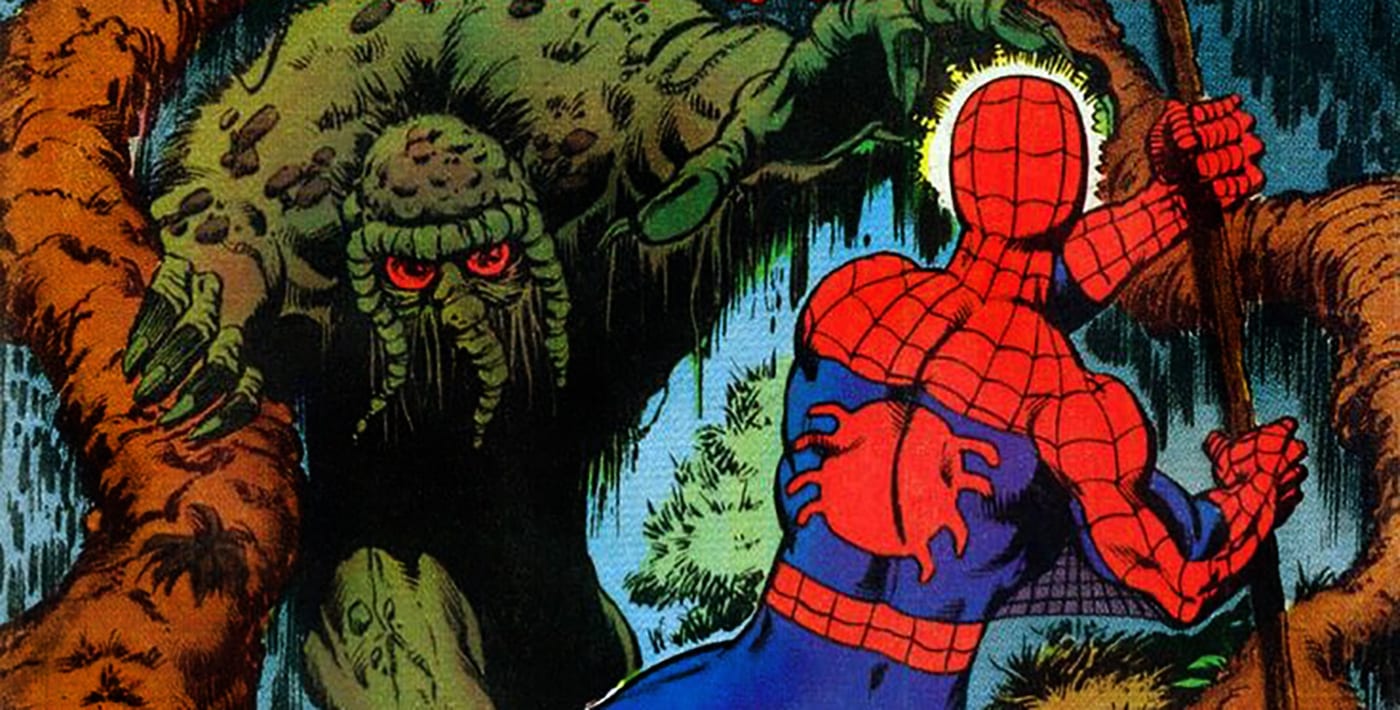 First appearing in 1971, the Man-Thing is one of Marvel’s stranger characters. Dr. Ted Sallis is a scientist who suffers a fatal car crash in the swamp and then, thanks to both a chemical mimicking Captain America’s super-soldier serum and the intervention of mystical forces, he rises as a swamp creature with only dim memories of his human life. The Man-Thing became a cult classic character, then spent a couple of decades only occasionally showing up in different corners of the Marvel Universe. Now, famed Goosebumps author R.L. Stine is bringing him back in a new series that starts on March 8. And last week, Marvel released these preview pages and a variant cover. Enjoy!