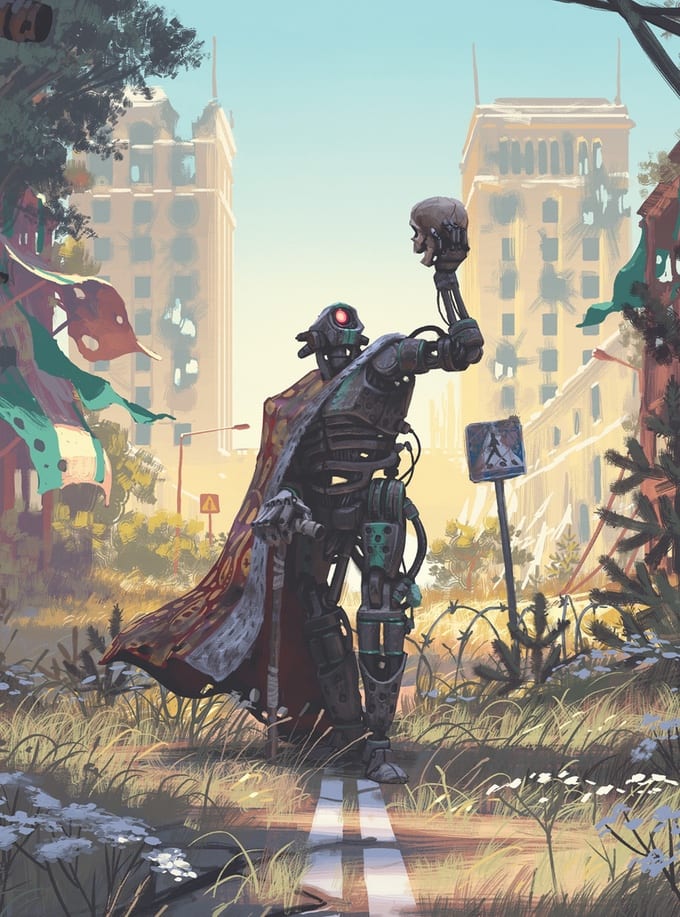 Mutant: Mechatron is a post-apocalyptic, sci-fi RPG expansion with the premise that machines, long abandoned by their human masters, eventually become sentient and start to question their orders, their existence, and ultimately their destiny. The creators, Free League, state: “The machines awake in this post-apocalyptic RPG in the vein of Asimov and Westworld, set in the universe of acclaimed Mutant: Year Zero.

“In the huge underwater Mechatron-7 facility, armies of machines toil away in decaying factories. When the war raged the humans fled, leaving their robotic servants with one simple command: continue the production until we return. That was decades ago. Now, something is changing. Robots in Mechatron-7 are starting to malfunction. To rebel. To express a will of their own. To Awake. It’s time for the machines to make their mark on the dawnworld.”

The original Mutant series, published by Target Games, dates back to the 80’s and establishes the foundation of the decades-rich bildungsroman, populated by humans, robots, and mutants (including anthropomorphic animals). The English version of Mutant: Year Zero, which is the first release of the modern series, was published in December 2014 and won numerous awards. Its first expansion, Mutant: Genlab Alpha, successfully Kickstarted last year, centers around animals as characters.

This second expansion, Mutant: Mechatron, set in the dawnworld of Mutant: Year Zero, offers robot character types to build instead of the original character types: Enforcers, Gearheads, Stalkers, Fixers, Dog Handlers, Chroniclers, Bosses and Slaves. Being a machine, a player is able to rebuild themselves, part-by-part, infinitely, and is not limited by fixed attributes or skills.

The reviews for the original game in the reboot have been overwhelmingly positive, which has ratcheted up the anticipation for this expansion. There’s something about scrappiness, in the face of hopeless destitution often coloring the post-apocalypse milieu, that’s compelling. Perhaps we see ourselves as a Mad Max- or Imperator Furiosa-type character, desperately holding onto tendrils of humanity in a world that rewards the savage absence of it. With Mutant: Mechatron, we’ll get to see it from the robots’ point of view.

This Kickstarter campaign is nearing the end of its campaign and, currently at over $98k in pledges, has well exceeded its goal its initial goal of $11,317.