Interview: Amy Chu on CATALYST PRIME, KISS and THE DEMON 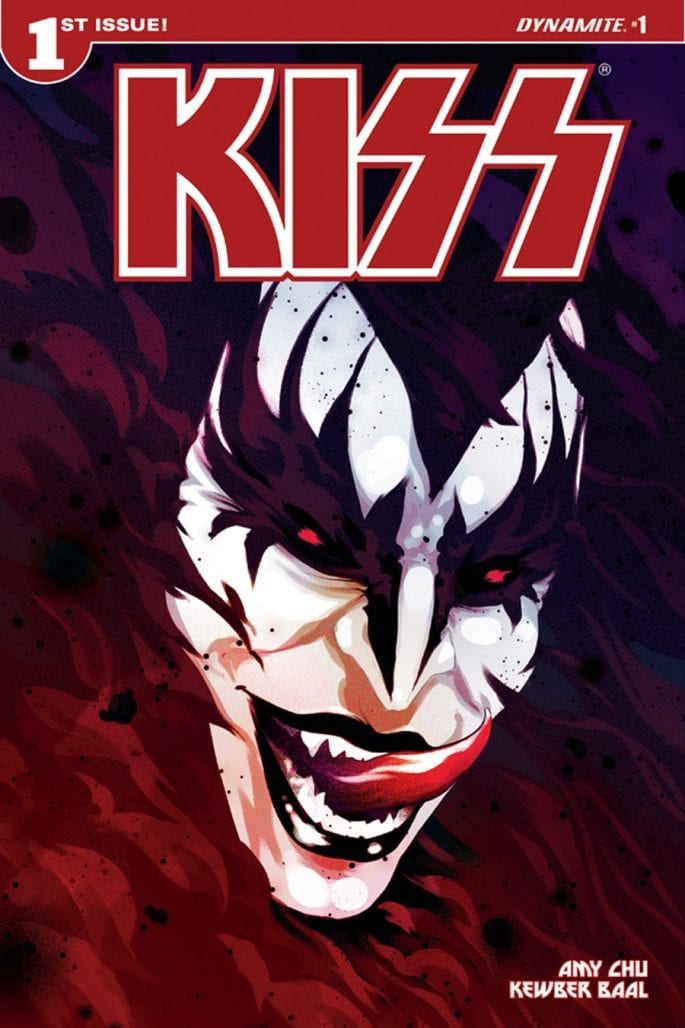 Recently at Oodon, we talked to Joe Illidge about Catalyst Prime, a new superhero universe from Lion Forge Comics. One of the upcoming Catalyst Prime books is The Summit, written by Amy Chu (Red Sonja, X-Files, Poison Ivy), and with Jan Duursema on art. We chatted with Amy about this upcoming sci-fi series, as well as two Dynamite books she’s currently writing: KISS and KISS: The Demon. ALAN KISTLER: “The Summit stars Dr. Valentina Resnick-Baker, the only known survivor of a space mission to stop an asteroid from destroying the Earth, an event that kicks off the Catalyst Prime universe. What can you tell us about putting The Summit together?”

AMY CHU: “It’s really exciting to help build something from the ground up. We’re at ground zero and they’re giving us so much freedom. I just turned in issue #2. The exciting part is I get to write intelligent characters, women doing interesting things in science and astrophysics. It’s fun for me to do the research on space travel, space stations, what’s involved, what fuel do they use. I took a tour of the plasma fusion lab at Princeton and it gave me a ton of ideas and some of it I’m using for Red Sonja, believe it or not. Some of it really is kind of magical.”

KISTLER: “Valentina Resnick-Baker has a Masters in Materials Science, a PhD in Theoretical Astrophysics, and taught plasma fusion at the MIT Aero Astro. How important is it to delve into the real science that such a person would know?”

CHU: “The Summit is not overly highly technical but I don’t want to just make up science. I know scientists and you don’t want to get called out. People who know will come up to me at conventions say hey, we appreciate you went the extra mile, so I do like to ground things a little. You exaggerate and push because it’s fiction. No one’s picking this up and expecting encyclopedia. But if science is involved, we can be educational for someone who’s interested. It’s kind of like cooking. You start off with what you’re told works, but then you throw in some more stuff and adlib a little. I did that for Poison Ivy and after that some MIT people stopped by a signing in Harvard Square and they complimented me for being state of the art with her science. I was really happy to hear that.”

KISTLER: “Over at Dynamite, you and Kewber Baal are producing the KISS comic, which takes place in a dystopian future. Four teenager are discovering KISS and rebelling against the system. How did this project come about? And is there a challenge in dealing with a property regarding a real life band vs. major characters whom you didn’t create but are still fictional such as Poison Ivy?”

CHU: “It’s like working with Red Sonja and Poison Ivy. There’s a history here, and costumes, and a built-in fanbase that you need to be aware of. The KISS license jumped around for a while. Originally KISS started with Marvel, then went to IDW, then Dynamite recently acquired the license. They didn’t have an idea when they approached me. They didn’t say, hey, do it this way or that way, they were open to my ideas. So that’s a lot of pressure as a writer… So after reading through the older comics, I thought there’s one thing that hasn’t been done and seems appropriate for this KISS zeitgeist, and that’s putting it in the future. That seemed a good idea and would be cool visually. I told Kewber what this future is like and in the art he just went to town. He’s a KISS fan.”

KISTLER: “It’s an interesting series. Even if you don’t care for KISS or just aren’t familiar with the band’s work, you can appreciate what it represents in this future where a character argues early on, ‘I don’t want to be safe, I want to be free.'”

CHU: “Oh, wow. I’m glad you picked up on that line. I hope people read that on different levels… For this comic, I’m hoping people can enjoy it wherever they come from. If you’re a KISS fan but not a sci-fi fan, you can enjoy it for how it treats KISS and if you’re a sci-fi fan but not a KISS fan, you have this sci-fi, future world fighting back. I like it when anyone can pick up a story and enjoy it for different reasons.”

KISTLER: “And now you have a second KISS series out from Dynamite, which is a prequel showing the beginnings of the dystopian community we see in the main comic. It’s interesting to me how different this series is in atmosphere and tone, and that it seems more grounded to today’s world than the overt sci-fi world of the other book.”

CHU: “It’s definitely a different atmosphere but also, between the two books, you get a complete story and picture. The Demon was planned to provide background we couldn’t fit into the main series. Some KISS fans and retailers were more interested in The Demon than the main series. Surprise, right? But The Demon is something they can relate to, there’s that story about four kids going to their first KISS concert, which is different than watching four kids in the future who don’t know what KISS is at first. So it lets me hit all bases, doing both books, but I’m also hoping people give both a try. They come together and really form one story.

“Both books are experimental and I give Dynamite a lot of credit for green lighting both. And also Gene Simmons, being a huge comics fans, green lit it. I think he just likes that this stuff is so different, from each other and the previous comics.”

Thanks to Amy Chu for joining us! You can also find her on Twitter, @AmyChu!