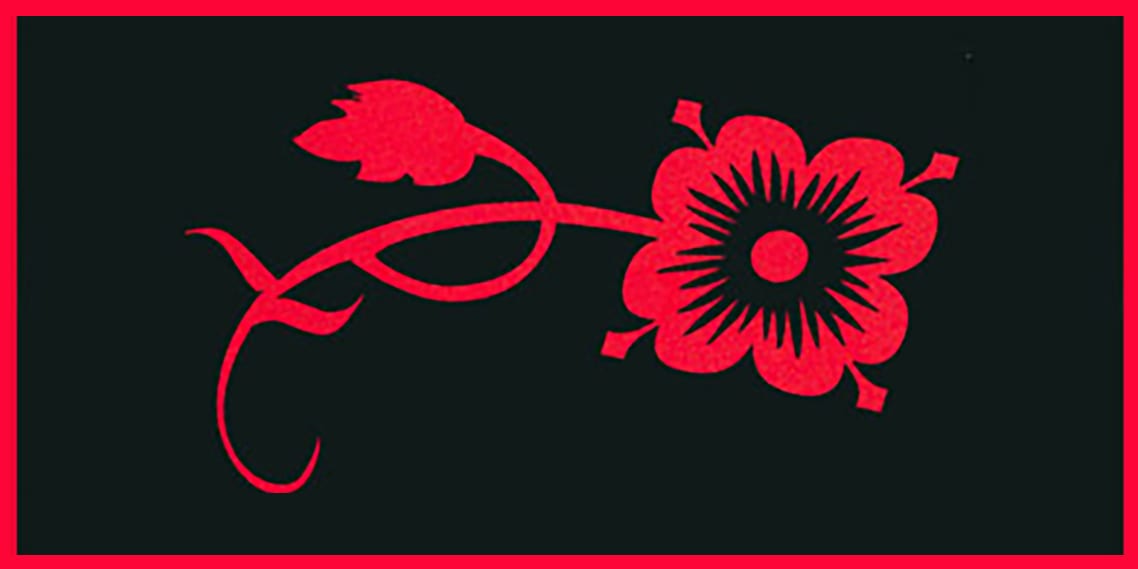 Heroes have existed for as long as we could imagine things, but superheroes really started rolling into existence thanks to a woman’s story. I’m talking about Baroness Emma “Emmuska” Magdalena Rosalia Maria Josepha Barbara Orczy. Her hero, the Scarlet Pimpernel, started this metaphorical ball rolling.

There were stories of powerful fighters of evil before, such as Hercules, Gilgamesh, or Robin Hood, but these were cultural myths that shifted with the teller. They were created over time by a culture, not by one person or a creative team who then released it as popular entertainment. They also didn’t have a “secret identity” or costumes that symbolized an alter ego. Not all characters within the superhero genre have secret identities, but superheroes as a general rule (which means I acknowledge exceptions, so calm down) do have some kind of codename and costume that registers a special role or identity they assume when going into action. Nick Fury is not a superhero, he’s a soldier/intelligence operative/counter-terrorist who lives in a superhero world. Carol Danvers is a superhero. Even though her identity is public knowledge, she adopts an alternate name and role as Ms. Marvel or Captain Marvel, with a costume that symbolizes that she stands apart from a standard person on the street or law enforcement. It’s also a general rule that a superhero is someone who isn’t acting heroically because it is strictly their job. A soldier or black ops agent with a code name, even with powers, might not be a superhero depending on your own viewpoint. There’s gray area there.

Hawkeye is a superhero. He has skills we might consider beyond human (most archers cannot shoot arrows at moving targets without even looking and while carrying on a conversations), uses weapons that we would consider beyond available tech in our world (the military does not make such trick arrows), he wears a costume distinct from other people (even in the movies, you don’t see other SHIELD agents wearing purple shirts), and he will fight for the sake of justice and peace rather than only joining battles when he is officially ordered to join. That last part is another important key, I think. Superheroes usually fight injustice in general, they don’t stick to one jurisdiction or type of evil.

So with all this in mind, Robin Hood and many other champions of legends are heroes but not really superheroes. Thor used a disguise sometimes but didn’t maintain a secret identity or special suit/name for battles. He and folks like Hercules were reactionary protagonists, fighting evil if they stumbled upon it or if it directly entered their lives. Robin Hood didn’t patrol Nottingham the way Batman patrols Gotham. Gilgamesh and Sherlock Holmes did not watch over Earth the way Wonder Woman does. They lived quietly unless a quest came up or evil entered their lives somehow. Holmes often hoped for an interesting case and would scan newspapers in search of one, but he didn’t go out on patrol to regularly protect people from being victimized in the first place, nor did he assume an alter ego. To my mind, the first traditional superhero came in 1915 with Russell Thorndike’s book Doctor Syn: A Tale of the Romney Marsh. The book featured Dr. Christopher Syn, a pirate-turned-reverend living in Dymchurch (a town in Kent, England) who decided not to simply stand by as his parishioners were victimized. At night, Dr. Syn rode a dark stallion, which he kept in a hidden lair, and donned the costume of a demonic scarecrow. He had no powers, but used various tricks to appear supernatural to others. He even had a masked sidekick, his gravedigger who took on the name Hellspite. None suspected that the kindly, somber reverend was secretly the terrifying Scarecrow of Romney Marsh, feared even by those he helped.

The Scarecrow of Romney Marsh was popular enough that he starred in six later novels by Thorndyke, three films, a television mini-series from Disney, audio adaptations, a stage play, and comic books. The town of Dymchurch even has a biannual “Days of Syn” celebration in honor of the character.

In 1919, four years after Syn’s debut, Johnston McCulley created a more famous character who also inspired by Baroness Orczy’s hero. McCulley’s story “The Curse of Capistrano” was serialized in the pulp fiction magazine All-Story Weekly. Later, it was published as a novel under a new title: The Mark of Zorro. Like Dr. Syn, Diego de la Vega AKA Zorro was a man whose talents and training were unknown to his community, allowing him to pretend to be a bored fop while secretly fighting injustice as the costumed Zorro. Unlike Dr. Syn, Zorro did not appear to be demonic beyond his skill with the sword and talent for escape. He was clearly a man, even a charming one.

But Syn and Zorro were both, beneath the surface, retellings and reimaginings of a story that came out years before: The Scarlet Pimpernel, written by Baroness Orczy.

In 1899, the 34-year-old Emma Orczy gave birth to her son John and published her first book. It didn’t meet with success, but that didn’t slow her down. She published several short stories and then a second novel in 1901, which earned her a bit of fame. She enjoyed writing heroic detective stories, and created Lady Molly of Scotland Yard, one of the first female detectives in literature. In 1901, she wrote (but did not publish) a story called “The Scarlet Pimpernel,” which came to her so quickly that she is said to have finished it in five weeks. The story starred Sir Percy Blakeney, a British baronet married to Marguerite—“the cleverest woman in Europe.” Sir Percy is a man skilled in swordsmanship, disguise, and strategy. During the early days of the French Revolution, he secretly rescues people he considers unjustly sentenced to death by Madame Guillotine. To cover his tracks, he uses an alias taken from an old family seal, the Scarlet Pimpernel, and recruits nineteen friends as agents in his “League of the Scarlet Pimpernel.” In public, Sir Percy acts like a shallow fop, one who grows faint at the mention of violence and believes that all problems can be solved by luxury, relaxation, and beautiful clothing.

This hero was clearly drawn from Baroness Orczy’s childhood as well as her political views. During her older sister’s fifth birthday, a peasant uprising set her family estate ablaze, prompting her family to leave Hungary and travel through Europe before settling in London, where she eventually met her husband Montagu Barstow. The Scarlet Pimpernel was the kind of hero she wished could have protected her family when she was a young girl.

Though she didn’t initially publish the story, Emma Orczy and her husband wrote a stage production version that opened in October 1903 at Nottingham’s Theatre Royal. It wasn’t well received but the Baroness again chose to not give up. After a little rewriting, the new version of the play opened in London in 1905 and became a popular hit, even while critics wrote negatively about it. The same year, Baroness Orczy published her novel The Scarlet Pimpernel, which was highly acclaimed by casual reader and critic alike. She went on to write ten sequel novels, plus two collections of short stories featuring the hero. She also wrote two prequel novels starring an ancestor of Sir Percy Blakeney, and another novel that focused on a descendant. The Scarlet Pimpernel grew beyond Baroness Orczy and spread across pop culture. There have been film adaptations, TV adaptations, and a Broadway musical. In 1940, Daffy Duck assumed the identity of the Scarlet Pumpernickel.

Sir Percy didn’t have any powers, but neither do characters such as Batman or Iron Man (usually), or Green Lantern without his ring. The Scarlet Pimpernel wore many disguises, but he didn’t have a costume or a distinctive mask, just his literal calling card, which was decorated by a red flower. He’s close to a superhero, but not quite there. But he did start the ball rolling. Without his direct inspiration, we would not have Dr. Syn and then Zorro. Which means we possibly wouldn’t have any of the costumed characters that sprang forth years afterward, directly inspired by these heroes. The mysterious Shadow, the Spider, and the Phantom all followed the basic model of the Scarlet Pimpernel, being independently wealthy renaissance men who pretended to be less in their public life while fighting evil via an alter ego. The Spider, the Phantom, and the Green Hornet also had unique seals like the Scarlet Pimpernel. While many of his contemporaries wore distinctive clothing, the Phantom took it a step further by donning a skin-tight costume and a mask that didn’t reveal his eyes. Like Dr. Syn, the Green Hornet even had a masked accomplice.

Two years after the Phantom was introduced, Superman debuted in Action Comics #1. Similar to the Pimpernel, you immediately felt Superman’s presence when you saw his distinctive seal. In the Superman radio show a couple of years later, it was implied that Superman’s S-shield was actually a Kryptonian symbol. This idea entered into popular culture with Superman: The Movie in 1978, where it was shown that the shield was Superman’s family symbol —just like the scarlet pimpernel flower was Sir Percy Blakeney’s family seal.

The Scarlet Pimpernel was not a traditional superhero. He was the proto-superhero. Our popular culture, and some of our lives, would be very different. We needed The Scarlet Pimpernel before we could figure out how to take things further and further. It all started with a woman who certainly wasn’t perfect but should be recognized for never letting failures and setbacks stop her. A woman who kept writing until she created something that struck a chord. Baroness Emmuska Orczy’s story was the seminal work of a whole new genre, and look where we are now, over a century later.

She changed the world.