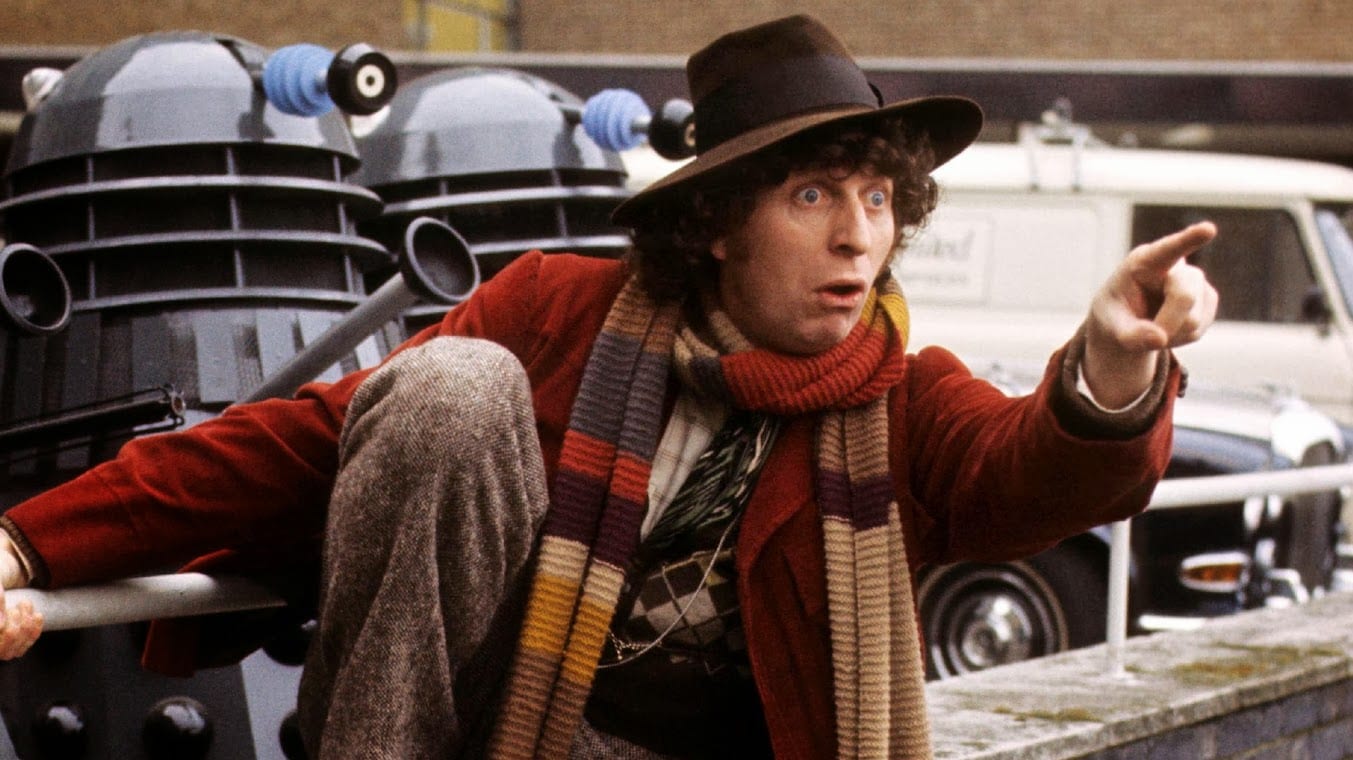 Today, January 20, is the 83rd birthday of actor Tom Baker. A performer of stage and screen, he has been a ghost, Sherlock Holmes, the narrator of Little Britain, an inhabitant of Narnia, an eccentric relative in Monarch of the Glenn. But he is perhaps best known for a role he performs even today: the fourth incarnation of titular hero from Doctor Who.

For some fans, Tom Baker is as interesting as the alien time traveling hero he’s played for so long. At age 15, Baker joined a monastery. By age 21, he realized he wanted something else in life, and left to join the Royal Army Medical Corps. During that time, he joined in skits and short performances to entertain the patients, and he discovered a love of acting. Later, he said that acting and seeing audience reactions gave him a chance to escape his own “sense of insignificance.”

After a stint in the Merchant Navy, Tom Baker joined the Royal National Theatre Company under Laurence Olivier. He went on to perform on stage and in film, but by age 40 things weren’t looking bright. Working a day job in construction, Baker considered if acting just wasn’t meant to be his career. Then he was cast in the role of the Doctor, following a five year run by Third Doctor actor Jon Pertwee. Life changed. Here’s an interesting story. After being cast as the Doctor, Tom Baker did not immediately leave his job. Nor could he tell anyone about the role until the BBC announced his casting. Then, on the day that the announcement was scheduled, Tom Baker took the day off from work but assured his supervisor that he would be back the next day to make up for the lost hours that week. That day, his construction coworkers all learned that their pal Tom, sometimes nicknamed “Sir Laurence,” was going to be the Doctor. The next day, Tom Baker did indeed return to work and at the end of the shift he used his paycheck to take everyone out for a drink.

“There’s no point in being grown up if you can’t be childish sometimes!” Taking up the lead role in Doctor Who in 1974, Tom Baker brought a new, truly alien quality to the hero, embracing an attitude that the actor called “benevolent lunacy.” He performed as the Doctor for seven years on screen before deciding it was time to leave. During that time, he treated the role a little bit like he was now Santa Claus. He didn’t drink or smoke in public visible spaces anymore, so that no child would see the Doctor indulge in vices. After bombings in Belfast, Tom Baker visited local schools in costume and character, playing with the children and reassuring them that they would be safe. On occasion, he paid surprise visits on homes on Saturday nights when his Doctor Who episodes were airing, and watched them alongside children who truly saw him as an alien hero.

When Tom Baker left the role behind in 1981, he was possibly the first person on record to suggest that the Doctor could be played by a woman. He joked that after being a hero to children for so many years, he now had to fade into oblivion, and years later confessed that this was a genuine fear on his part. But he continued and continues to act and nowadays he stars in brand new full-cast Fourth Doctor audio adventures produced by Big Finish. At 83, he’s still active, still laughing and making us laugh, still thrilling audiences with new adventures.

As he has said more than once: