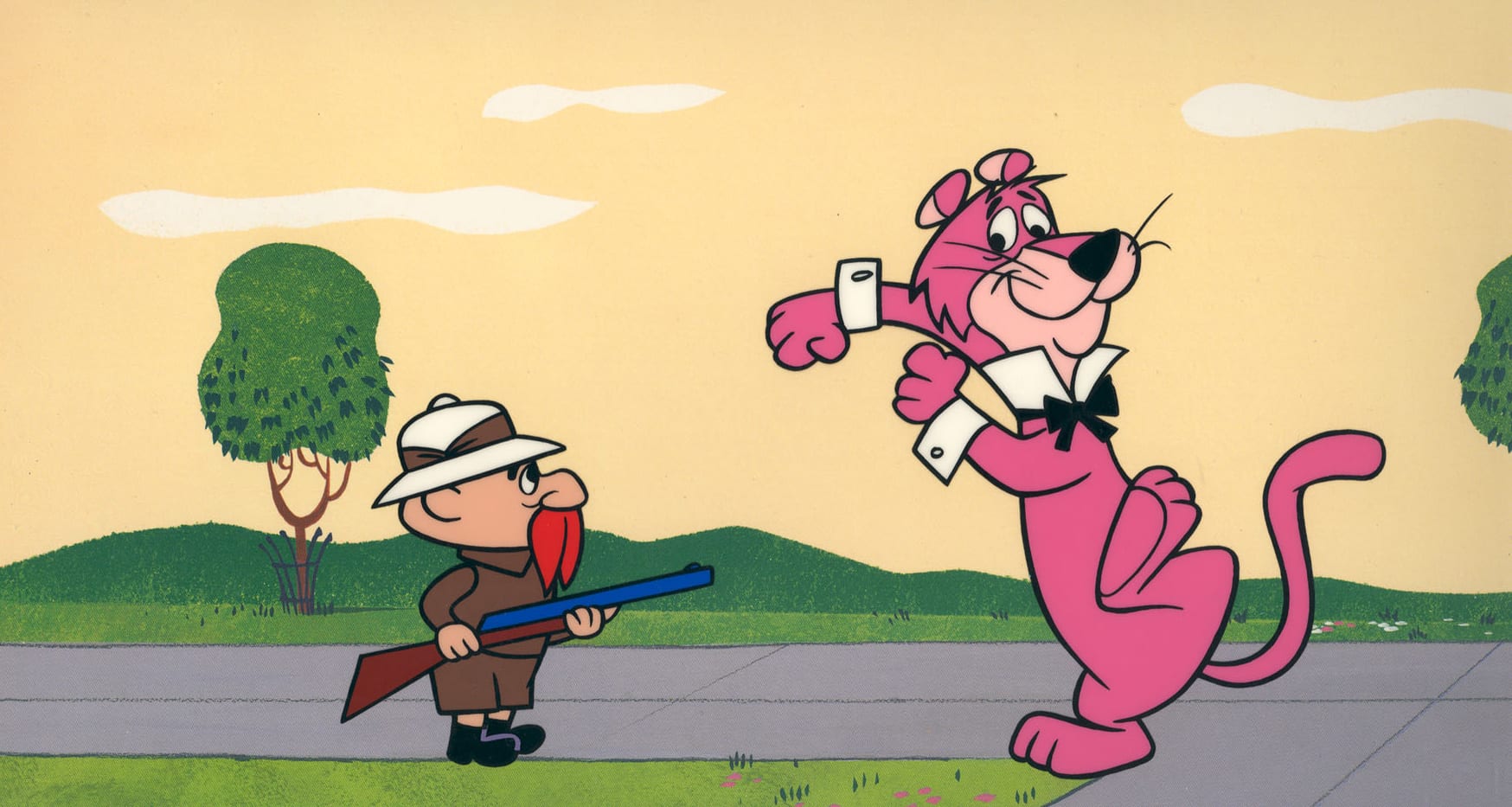 Last year, DC Comics started reimagining Hanna-Barbera cartoon characters, shifting them from the familiar cartoons of old to ones that are all-ages friendly but also socially relevant today. Mark Russell, writer of the reimagined comic series The Flinstones, is now bringing Snagglepuss back to comics. And while old fans of Snagglepuss might’ve joked about how the character seemed coded as gay, the new comics will embrace that. Snagglepuss will flat out be a gay Southern Gothic writer living in America in the 1950s.

Snagglepuss debuted in 1959 in The Quick Draw McGraw Show. He later became a feature character in his own segments on The Yogi Bear Show, then moved on to be co-host for Laff-A-Lympics and make regular appearances in many Hanna-Barbera specials. The pink furred feline quickly became known for his verbose nature, his occasional mispronunciation of words despite an obvious love of language and metaphor, his affection for anything speaking to class and style, his habit of announcing his departures in terms of stage directions, and exclamations such as “Heavens to Murgatroid!”

In an interview with HiLoBrow, writer Mark Russell said that imagining such a character as a Gothic playwright is “not much of a stretch.” He added: “I envision him like a tragic Tennessee Williams figure; Huckleberry Hound is sort of a William Faulkner guy. They’re in New York in the 1950s. Marlon Brando shows up, Dorothy Parker, these socialites of New York from that era come and go.”

Openly portraying Snagglepuss as gay doesn’t seem strange after seeing Russell’s work on The Flinstones. In just the first four issues of that new comic, The Flintstones tackled issues such as ignoring the medical and emotional issues of veterans after a war, the terrible short-sightedness of viewing another culture as less civilized because their society prioritizes different things, the desire for purpose and faith in something bigger than ourselves clashing with the fear of being conned by charlatans, and when new social values clash with what are seen as traditional values.

In The Flintstones #1, we see Fred Flintstone go to a regular support group with those who fought alongside him in a brutal war. In The Flinstones #3, we see how one of them, Joe, call a suicide hotline only to be put on hold. In The Flintstones #4, a local minister argues that traditional coupling or polyamorous relationships should give way to a new thing called marriage, but then objects to when two men agree and want to get married too. All the while, a local news anchor complains that all of this stuff is scary and insulting to traditional values by virtue of the simple fact that it is new and not what he experienced as a child. For Snagglepuss, Russell says he’ll focus less on broad social commentary and more on Snagglepuss’s individual experiences, as well as on the nature of the creative process since the feline is now a playwright. On tackling Snagglepuss as a gay character, Russell said, “It’s obviously ignored in the cartoons ’cause they were made at a time when you couldn’t even acknowledge the existence of such a thing, but it’s still so obvious. So it’s natural to present it in a context where everybody knows, but it’s still closeted. And dealing with the cultural scene of the 1950s, especially on Broadway, where everybody’s gay, or is working with someone who’s gay, but nobody can talk about it — and what it’s like to have to try to create culture out of silence.”