THE DARK TOWER Trailer Drops – And Confuses Some Book Fans 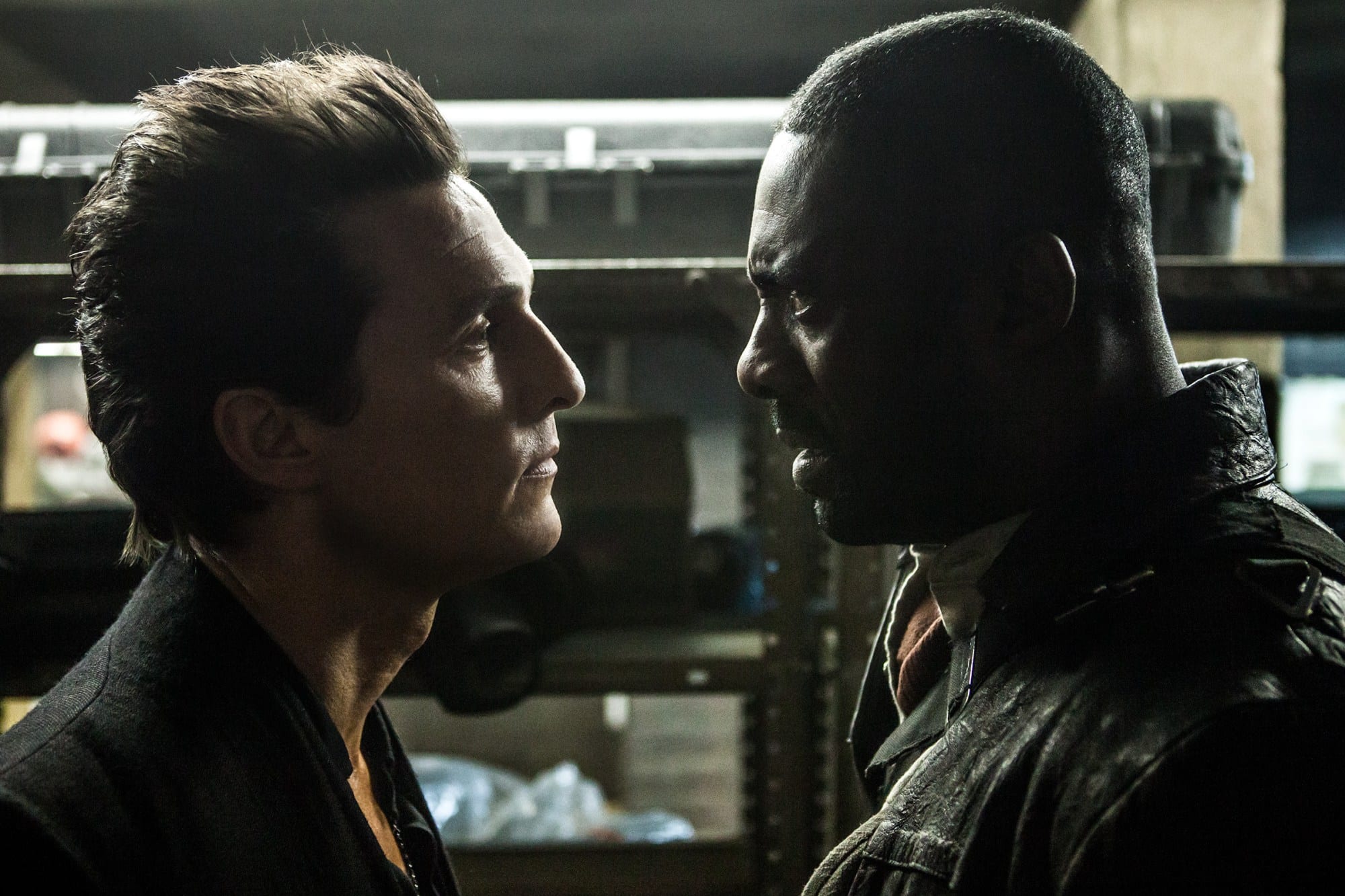 Early this morning, Sony released the trailer for The Dark Tower, the first of a series of movies based on Stephen King‘s opus book series of the same name. The movie, slated for release on August 4, stars Idris Elba as Roland, the last Gunslinger and the hero who journeys throughout the book series, seeking the multiversal construct known as the Dark Tower and hoping to bring about the defeat of the villains known as the Man in Black and the Crimson King. Matthew McConaughey plays the Man in Black, a character who also appears in other Stephen King stories under other aliases such as Randall Flagg. The trailer shows the two men ready to face off against each other. But some fans are a little taken aback by what the trailer reveals.

The Dark Tower is a slow burn series. The first book, The Gunslinger, involves a chase through a desert of a dead world, a parallel world. There’s some fighting in a small town, but for the most part it involves Roland’s introspection regarding his life, his quest, his enemies, and a boy he comes across. The next book is largely a recruitment story. Major action scenes are mixed in, but again it’s a lot of introspection, a lot of talk, a lot of getting to know the backgrounds of different characters. One of the books is largely a flashback to Roland’s earlier life, when there were other Gunslingers still. In contrast, the trailer looks like a lot of superhero summer blockbusters, with fast moving action, a story that already puts Roland solidly into our universe rather than journeying through the wastes of a dead world. The Sony description even references superhero movies and that this is meant to be something similar but greater. Where the Man in Black was barely seen in the early books and more of a presence in the background, the trailer seems to show him out front and in the spotlight.

This could be just marketing giving a different impression of the movie. It could be just the nature of an adaptation, that we’re skipping some steps or changing the order of some events so the audience can understand the scope of the story immediately and be more willing to sit through slow burns and world building in later movies. Along with that, since the Dark Tower series deals with parallel Earths and a couple of our heroes leading similar but not identical lives over and over, then you can that this gives the movies free reign to change almost anything and just say that this is a reborn Roland taking a different journey with the same goal. Whatever the case, it looks like an exciting movie, just not necessarily the one book fans were expecting.