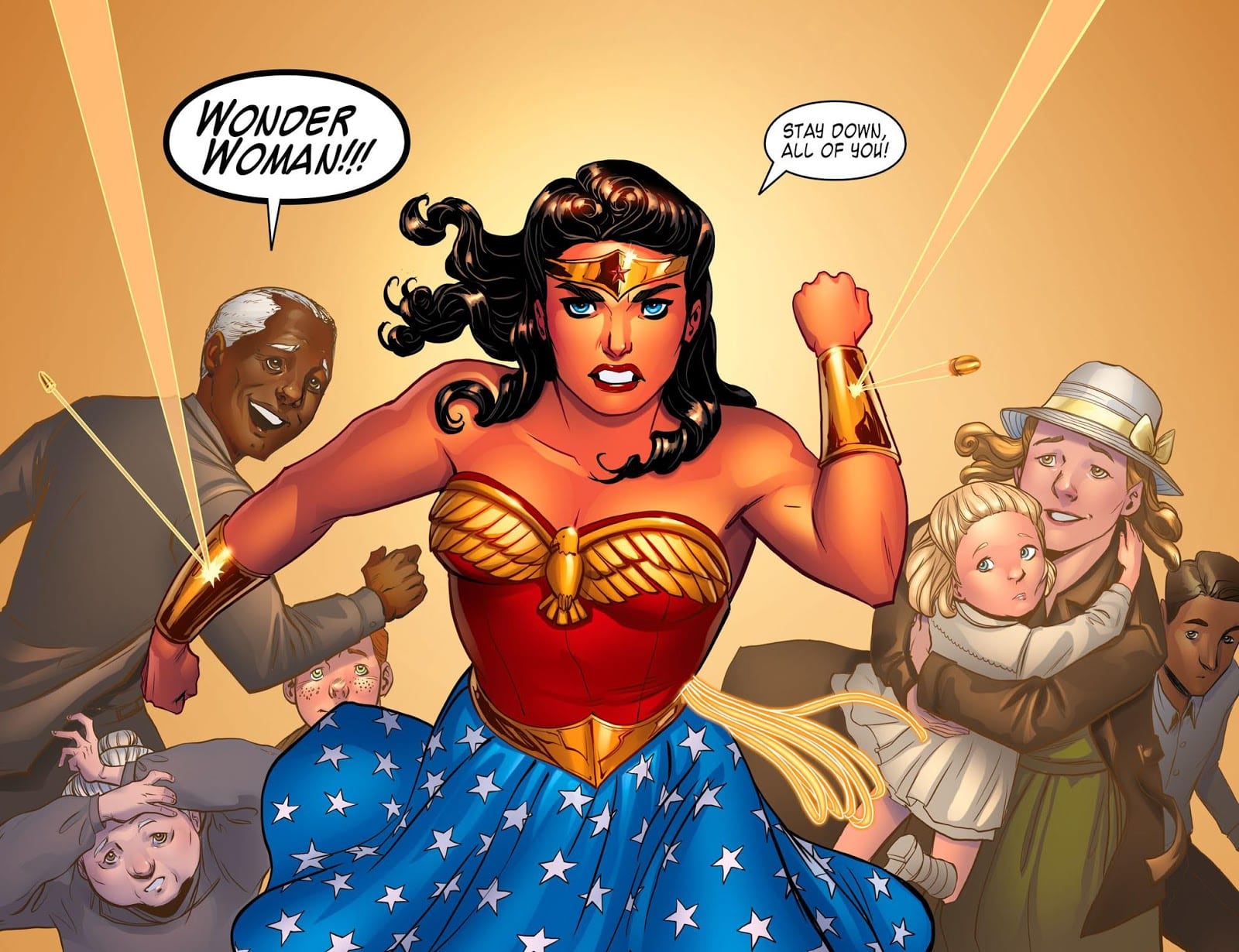 Lindy Hemming’s designs for the costumes of the Wonder Woman movie have been getting praise from quite a lot of people. Recently, fellow designer Amanda Weaver took to Twitter and decided to break down and reverse engineer these costumes, hoping that she could help movie and comic book fans gain a better appreciation for just how much thought went into the designs.

“… I’m a costume designed in my day job. The side effect is that I tend to ‘reverse engineer’ costumes. When I watch something period or fantasy, I find myself breaking down the clothes, looking for the designer’s inspiration and research… Now I can’t speak to the history of Wonder Woman. I watched Lynda Carter as a kid, and now the Gal Gadot movie. But there’s one thing that immediately jumped out, comparing the two (and other incarnations of WW). Intent.”

Weaver discussed for a bit how the Lynda Carter series, as well as the costume seen in the un-aired David E. Kelley pilot, approached the costume as just that. It was a costume, meant to be colorful and also to show off the actor’s body. No effort was made to make it appear like armor.

For most comics, this is true as well. Wonder Woman, being resistant to bullets and conventional injury as well as strong enough to throw a car like a lawn dart, is seen (like Superman) as powerful enough that she doesn’t normally need armor. That by itself isn’t necessarily a bad thing and certainly embraces that she lives in a superhero world full of people wearing impractical costumes that are just meant to look cool. But Wonder Woman, sadly like many female heroes, is too often also overtly sexualized by certain artists and creators. For Weaver, this was upsetting but also something she came to accept. She went on:

“I accepted it as inevitable that any depiction of Wonder Woman would be over-sexualized to an extreme degree. That’s all we’d ever get. Then I saw Lindy Hemming’s work yesterday and I almost cried. Scratch that, I did cry.”

Weaver cited that Diana’s armor in the film is clearly inspired by Roman armor of over-lapping leather bands fitted together. While she concedes the Wonder Woman’s film costume is still highly stylized, she notes how important that the core source of leather band armor is visible and gives the costume some functionality rather than sacrificing it for design. The boots are Roman greaves, protective and easily buckled on, rather than flashy costume boots.

She pointed out that the other Amazons likewise were dressed in armor that began from a pragmatic and historical standpoint. Some Roman armor was made of crocodile hide, and so we see Hyppolyta wearing just such a top, one with a hole cut out in the shape of an eagle. I personally must add that it’s great that this hole, while showing flesh, is not placed in such as way as to advertise and draw attention to Hyppolyta’s cleavage. She is feminine but not overtly sexualized.

There is some folk lore that talks about Amazons of old cutting off a left breast in order to make it easier to draw a bow. Some scholars believe this is a fallacy based on a mistranslation, pointing out that such a serious personal mutilation would cause more problems in the end between the scar tissue and possibility of improper healing or deadly infection. But whatever the case, Weaver pointed out that Hemming must have had this myth in mind because the Amazon archers in the movie all have a metal breast plate on the left.

Weaving concluded: “With Wonder Woman’s costumes, the starting point, the INTENT, is everything… That design showed respect. The intent was to portray these women as warriors first and foremost.”

She’s right. And it worked!