The Babadook is a Symbol of Gay Pride! But How? 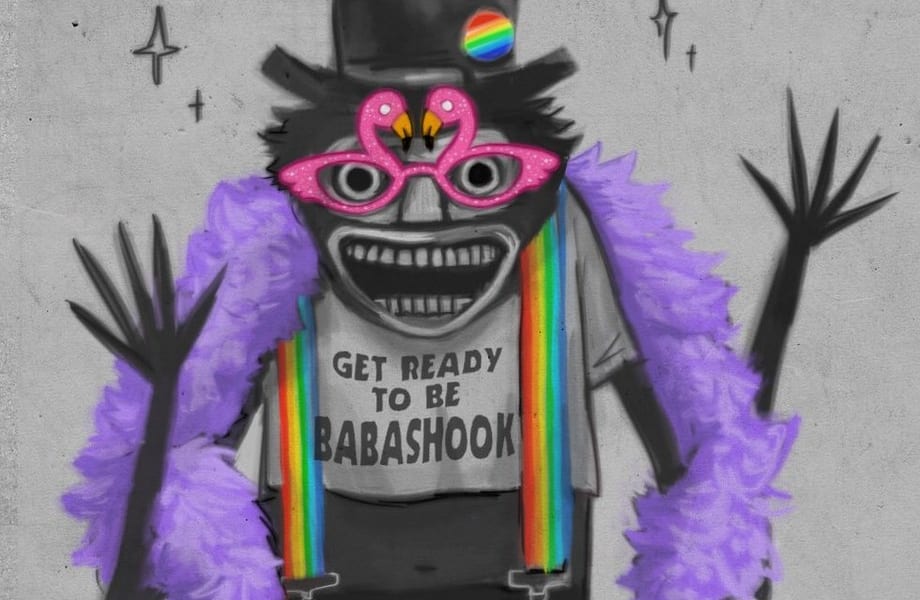 In 2014, The Babadook was released. An Australian horror story, the film was directed and written by Jennifer Kent, and based on a short film she’d written and directed that was simply called Monster. The story features a widow named Amelia and her son Sam, a boy who is convinced that the monster in his book Mister Babadook is real and, as the book says, will torment him now that he knows it exists. Amelia initially dismisses this, but finds herself convinced otherwise as increasingly strange and disturbing things happen to her and Sam. Made with a budget of only $2 million, the film has earned several times that amount and won international critical acclaim. And in 2017, the film’s titular monster is now a recurring symbol for Pride Month.

Wait, what? What’s the deal?

If you’ve used Netflix for any decent stretch of time, you’ve probably had the experience where its algorithms wind up grouping some films together that do not really go together, or make recommendations that seem a little nonsensical. I personally remember the time that Netflix told me “because you liked V for Vendetta” and then gave me these recommendations: Cradle 2 The Grave, How I Met Your Mother, and House, MD. That’s just odd.

Well, a similar incident happened to a Tumblr user of the handle Taco-Bell-Rey. This Tumblr user posted the following one day: “So proud that Netflix recognizes the Babadook as gay representation.”

That was it. With that screengrab of the odd Netflix recommendation and a sarcastic remark it inspired, we were off to the races. People loved this idea. They loved adopting the Babadook as a gay icon. For some, it was joyous because it as so nonsensical as a mascot. Others argued that you could indeed find gay subtext in the monster’s movie, just as years before many had pointed to gay subtext in the film A Nightmare on Elm Street 2. During an interview with Mic, Michael Varrati, organizer of San Diego Comic Con’s queer horror panel, said: “[The Babadook] is trying to come out and be seen. By internet culture standards, it’s a gay hero… The Babadook just wants to step out of the dark and into the light.”

Amazing how memes can become a whole new social movement!