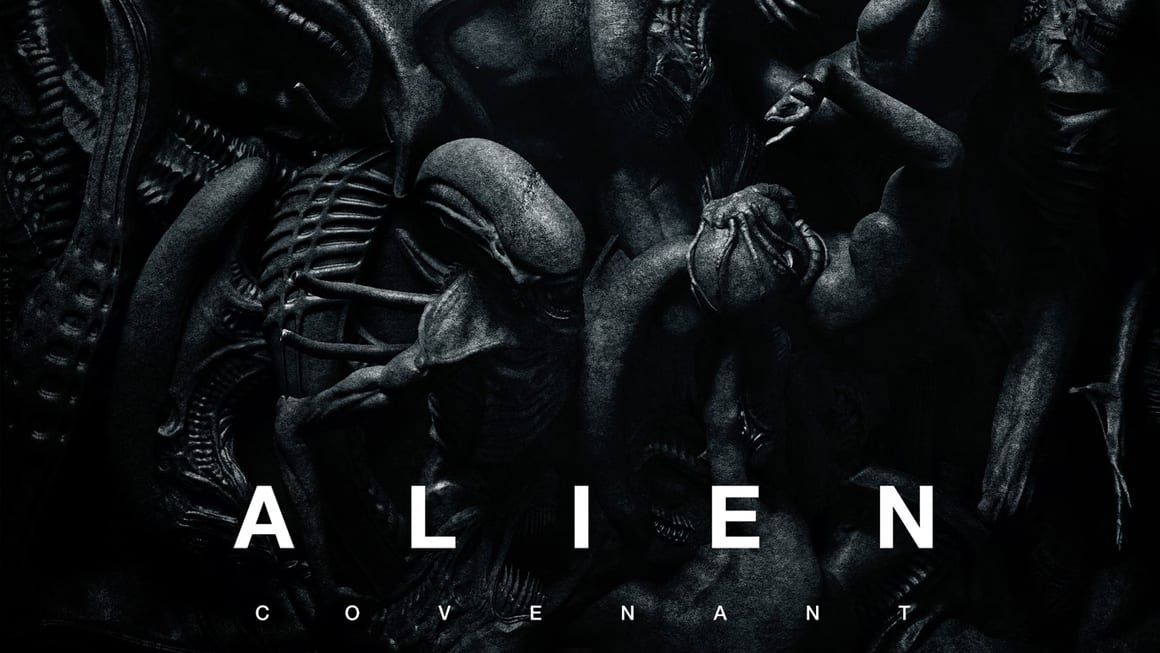 The new Ridley Scott directed Alien: Covenant, released on Friday packs a lot of punches in a bloody, tension filled Alien prequel. A woman sitting next to me in the theater was literally clutching her ears and bending over in absolute terror. She may have been overreacting a tad bit. However, Alien fans hoping that the series would return to its gory goodness will be pleasantly surprised. Thankfully this is definitely not a watered-down PG-13 studio version, for Hollywood execs hoping to sell more tickets to families bringing their kids to see a fun sci-fi romp. Instead, Scott brings the franchise back around to its horror roots while also laying down some highbrow sci-fi concepts with Michael Fassbender giving a great performance as a patricidal robot. Alien: Covenant is a sequel to a prequel; the second in Scott’s planned trilogy of films that take place just before the events of 1979’s classic Alien. So, if you need to catch up on how this all plays out in the series, you can read my franchise recap to prep yourself for Covenant, here.

Covenant starts off with a heady question during a flashback scene when “David” (Fassbender) the synthetic and last survivor of Prometheus asks Peter Weyland: “If you created me, then who created you?” David would be right at home in HBO’s Westworld series alongside “Dolores” contemplating big concepts such as a robot’s free will, creativity, their relationship to their creator in addition to the meaning of life and existence itself.

We then dive into the current story. A colony ship, the Covenant, is traveling to a far-off planet, Origae-6, which will take years to arrive at its destination. Unlike the colonists on the ship in 2016’s Jennifer Lawrence-starring Passengers who made sure to have a robot bartender but didn’t think maybe a robot babysitter to keep them alive was a good idea, the two thousand hibernating humans aboard the Covenant have the android “Walter” watching over them. Walter is an updated version of David – both played by Fassbender – who we later find out gave people the creeps with his too human-like intuition. The trip is going well until a neutrino burst hits the ship’s deployed solar sails, causing mayhem and killing several slumbering colonists. Walter wakes up the crew members, however the ship’s captain, distractingly played in a brief cameo by A-lister James Franco, is killed in a fireball in his hibernation pod. Understandably this causes the rest of the crew to not want to get back in those death traps.  While repairing the ship, “Tennessee” (Danny McBride) intercepts a faint message from a nearby habitable yet previously undiscovered planet, leading the crew to investigate. (Sound familiar!?) The late captain’s devastated wife “Daniels” (Katherine Waterston), who is clearly the stand-in for the “Ripley” of the gang, and several crew members head to the surface while the Covenant orbits above the stormy planet. Here is where a few technical things are going to annoy science fans. I can already hear Neil deGrasse Tyson being interviewed on Colbert, flabbergasted as to WHY the colonists would land on a previously unknown planet and walk out of their lander into the WATER without any sort of helmets. They have the foresight to bring large guns with them to combat any extraterrestrial mountain lions but neglect even mentioning potential alien pathogens that could be in the alien air. In real life, after their trip to the moon, the Apollo astronauts were quarantined for several days before being allowed back on Earth. You’d think that if setting foot on a new planet in the future was not that big a deal, there would at least be some protocols. This was such an egregious affront to common sense, I was almost rooting for the alien spores that infect two crew members. As you can imagine things go absolutely SIDEWAYS as they rush back to the lander to get medical attention, only to be faced with deliciously devastating chest-bursting fun that strands the survivors on the hostile world, separating them from the mother ship. This is an area that is going to make science fiction films of our time feel very dated and quaint when future generations look back on them. Once we have developed an AI as advanced as Walter and David, everything humans do will shift focus to that reality. Why would the crew even get off the landing craft? Just send the robot out to explore the new planet and let everyone know when it’s safe! However, this doesn’t make for a compelling story or lend itself to Xenomorphs bursting through chests.

In order to truly appreciate where Ridley Scott’s Alien prequels are taking the franchise, we have to look at the source material. With the Star Wars prequels (including Rogue One) there was already a rich story to pull from, but in Alien, details are only really hinted at. The original 1979 film Alien had such a simple (yet insanely good) premise: a spaceship crew comes in contact with a strange creature that implants embryos in a host from which they burst forth through the chest and they must fight them. Cool! The prequels though are now dealing with some hard science-fiction themes. The alien fathers of humanity are pitted against humanity’s own creation: a synthetic artificial intelligence. Woah!

The crew of the Covenant has some epic bloody battles while reintroducing us to the scheming David, who they discover on the planet, and the complexities of his artificial mind. Some may feel that on its own, Covenant does not answer enough questions. However, I think Scott has set us up to be wowed in the next film of the series.

Have you seen the film? What did you think?