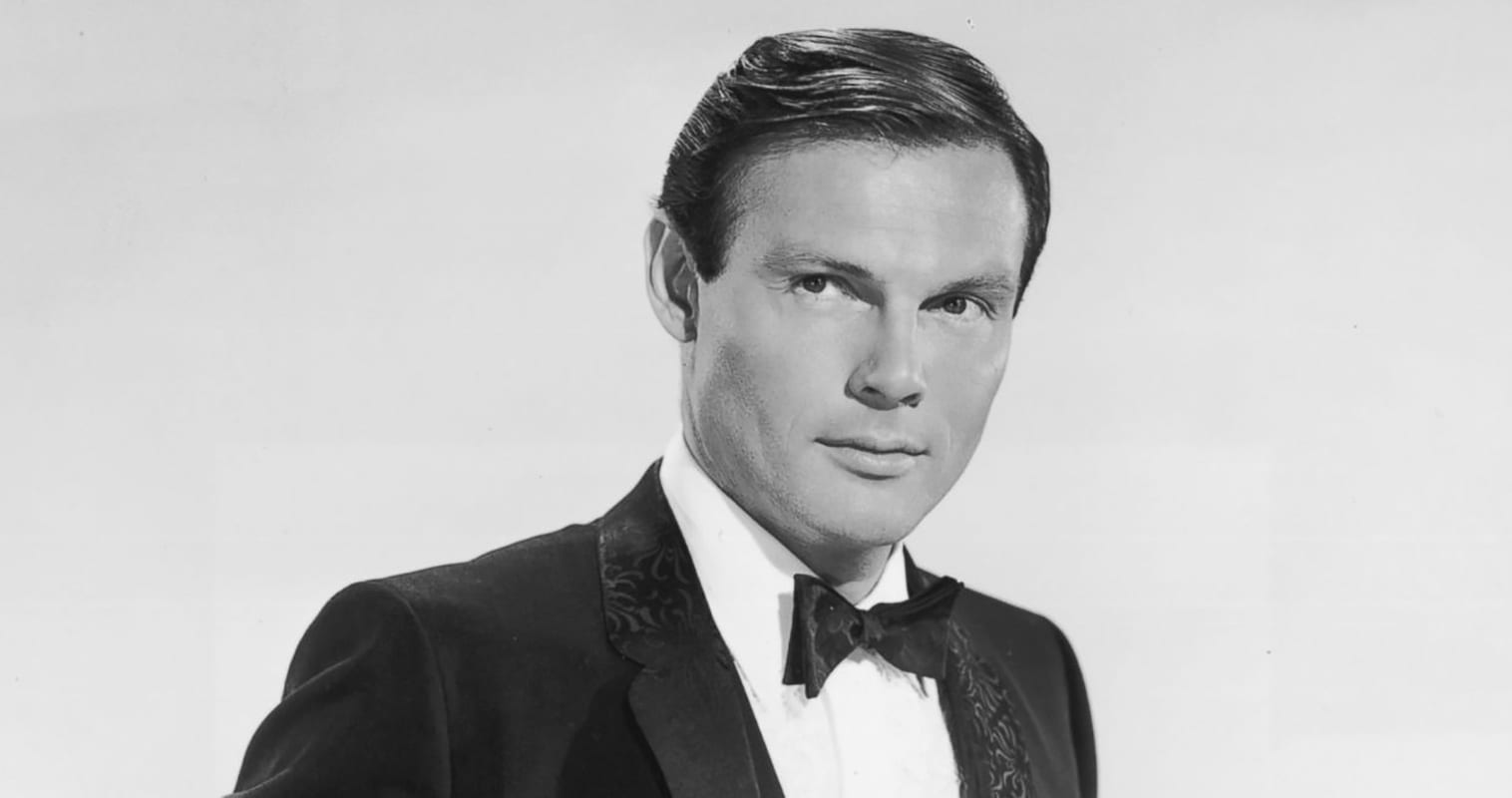 In the 1940s, Bruce Wayne AKA Batman appeared in comic books, movie serials (portrayed by Lewis Wilson and Robert Lowery), and even sometimes on Superman’s radio show. But he didn’t show up on TV until January 1966 and the man who played him became synonymous with the role for decades. That man was Adam West, who passed away this weekend at the age of 88 in his home in Los Angeles.

Born in Walla Walla, Washington, William West Anderson started appearing in films and commercials in 1959, under the stage name Adam West. He appeared alongside Paul Newman, the Three Stooges, Chuck Connors, Jackie Gleason, and Steve McQueen. In three ABC TV western films, he played Doc Holliday, then later played Wild Bill Hickok in NBC’s Overland Trail. He showed up in crime dramas such as Johnny Midnight and The Detectives starring Robert Taylor. He also starred in the odd science fiction film Robinson Crusoe on Mars. But it was his appearance as a James Bond inspired character on a Nestle commercial that convinced producer William Dozier that West, and not Lyle Waggoner, needed to be the lead star in the upcoming Batman TV series.

By this time, the 1940s Batman movie serials were largely looked on as “so bad, they’re good.” They had tried to deliver straightforward adventures but came off goofy as Hell. The character had not done well during the 1950s and some folks at DC Comics thought maybe it would be better to just sell him off. But Adam West’s TV show brought the character into a new level of popularity and relevance that he had never known before. And part of the magic of that show was that, rather than try to keep things serious and impossibly avoid anything that might seem silly like the old serials, this TV series leaned fully into the silly and absurdist world of comics. Villains had nutty schemes, used over-complicated gadgets, dressed in bright colors, and announced their intentions far too often. Yet Adam West played the show straight and treated each of these situations as deadly serious and it worked. The charming TV show is still loved by many today and has been a major influence on cartoons and comics of the 21st century.

Adam West had some difficulty with typecasting afterward, but was still able to make a variety appearances in film and television. Along with a regular voice over role in The Family Guy, Adam West has appeared in many of the modern Batman cartoons. He played Bruce Wayne’s father Thomas in Batman: The Brave and the Bold and the mayor of Gotham City in The Batman. In the award-winning and critically acclaimed Batman: The Animated Series, Adam West appeared in the now-famous episode “Beware the Gray Ghost.” In it, he played Simon Trent, an actor who played a masked vigilante called the Gray Ghost on an eponymous TV show that Bruce Wayne watched and loved as a child. Now, decades later, he is out of work and resents the role, believing that no one sees him as an actor, only as a forgotten children’s superhero. But when a series of bombings resembles an old Gray Ghost episode, Simon Trent winds up donning his old TV costume and teaming up with Batman. He is invited to the Batcave and is shocked to see that not only does the Dark Knight have a small, private room with Gray Ghost memorabilia, but he modeled the main chamber of the cave after the Gray Ghost’s TV lair. Batman makes it clear that although the Gray Ghost was perhaps a simplistic hero from his childhood, the character and his ideals meant something and is still an example he aspires to. Simon Trent remarks, “Then it wasn’t all for nothing.”