30 Years Of IT: How Stephen King Ruined Clowns For Everyone! 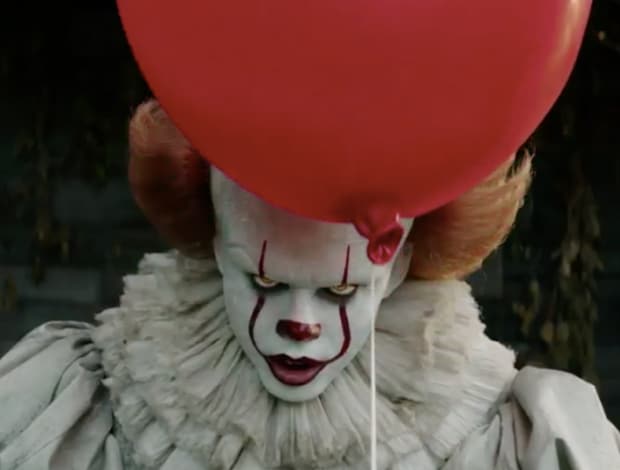 It has been over thirty years since horror master, Stephen King, gave generations of his fans a severe case of Coulrophobia, the fear of clowns, with the release of his novel IT. However, for myself and many, it would be Tim Curry taking on the role of the terrifying Pennywise the Clown in the 1990 TV miniseries adaptation that would have us afraid to walk by a sewer drain. Now this Friday, September 8th, a new IT feature film is hitting theaters nationwide. From the poster alone, many may develop yet another phobia: Globophobia, the fear of balloons! Regardless King’s IT changed the way we look at clowns for good, and I’m afraid there is no going back. If the full feature 2017 reboot of IT, directed by Andrés Muschietti (Mama) is as good as the trailers and previews have made it out to be, it is going to be pants-wetting scary; we are going to need that raincoat. The story of the missing children of Derry, Maine is taking place this time in 1989 with a sequel planned where we will see the second part of the book following those characters as adults (presumably in present day.) The seven outcast kids that make up The Losers Club must fight the shape-shifting, immortal entity who loves to become the scariest thing IT could think of: a clown. We are two months out from Halloween and we already have our first great horror entry for the fall! It will have us saying “What if it’s just a crazy guy in a clown suit?” They are not clowning around!

Not everyone is as excited for the new IT movie as I am. This past week the World Clown Association released a statement attempting to distance itself from IT and assuring the public that Pennywise has nothing to do with real clowns who just want to make people happy (sounds like something Pennywise would say). These professional clowns are concerned that IT is having a negative impact on their work and public perception. One poor birthday clown even arrived at a gig only to be surrounded by police cars: Someone had reported a “clown sighting” in the neighborhood. This anti-clown sentiment has increased with the latest from the IT franchise, leading the Association to say in part:

“Please understand, just because someone wears a rubber Halloween mask, that does not make one a clown! The horror movie character, “Jason,” wears a hockey goalie mask. But, people would be mistaken if they actually thought he was a hockey player! We disavow any relationship with these “horror characters.”

They disavow! OK? That’s a really good argument that may win some points on a high school debate team, and you have to feel sorry for these clowns. However, it is going to be tough to win over the hearts and minds of the general public who may have been triggered by IT on a deeper psychological level. There is something about clowns that provokes a real uncomfortable feeling. In the field of robotics researchers refer to this as “The Uncanny Valley.” According to Wikipedia this is “the hypothesis that human replicas which appear almost, but not exactly, like real human beings elicit feelings of eeriness and revulsion (or uncanniness) among some observers. Valley denotes a dip in the human observer’s affinity for the replica, a relation that otherwise increases with the replica’s human likeness.” There is just something about clowns that creeps us out. Can’t put my finger on it.

In other words, if a robot or clown looks almost like a normal human, but not quite, there is a point at which it confuses our brain and thus gives us the willies (I believe that is the medical term.) Arnold Schwarzenegger as the nice Terminator – not creepy. That weird cab driver robot that drives Arnold in Total Recall: totally CREEPY!

Some would argue that the concept of the evil clown has its roots in the origins of the clown itself. Although the modern circus clown has roots in the early 19th century, the concept of “The Fool” or court jester is found in many cultures around the world and some are not so light-hearted. In ancient Rome, the archimimes would attend funerals to imitate and mock the deceased, even if this upset the family. Imagine laying Grandpa to rest and a clown shows up to start making zingers! While that may be offensive and annoying, in modern times our fear of clowns really took a turn.  The famous serial killer John Wayne Gacy was an actual birthday clown, however, it wasn’t until 1986 with the release of IT that the modern Creepy Clown phenomenon was born. Next to Freddy Kruger, no other horror icon is known for quick wit and macabre association with children as Pennywise. However unlike Freddy, Pennywise took the form of an already established cultural entity. It would be like if before the original A Nightmare on Elm Street had been released, there was already a group of performers who showed up to birthday parties in fedoras and red and black striped sweaters. In this way, Stephen King altered the way we feel about clowns and may have awoken a fear we didn’t even know we had. King’s true legacy when it comes to creepy clowns is ever evolving.  Some mischievous evil-doers have taken advantage of this IT-inspired clown fear over the years. Most recently terrorizing several towns around the world with what has been dubbed the “Clown Attack Craze.” From France to Texas between 2014 and 2016 a strange real-life version of IT began popping up. While the sightings in France and other places seemed to be more of a dark-natured prank with terrifying looking IT-inspired clowns showing up in the middle of the night for some Instagram pictures, other situations were more serious.  In Southern California, residents reported scary clowns holding baseball bats and axes. A high school in Flomaton, Alabama, was put on lockdown after someone going by the name “Flomo Clown” and “Shoota Clown” made what police called “terrorist threats” to the school. Thankfully authorities in that town were not your typical horror movie Sheriffs who demand to know “what you damn kids are up to” when someone reports a threat, and local police eventually nabbed the clown perpetrators. In South Carolina last year, creepy clowns were reported to be trying to lure children into the woods near one apartment complex. Is this just life imitating art or art imitating life? With the new IT movie sure to be a box office success, perhaps this Halloween season we will see more clowns hitting the streets to scare folks. Hopefully the most terrifying things happen only on the movie screen.

Are you frightened of clowns? Do you think Stephen King’s IT has ruined a once fun tradition?